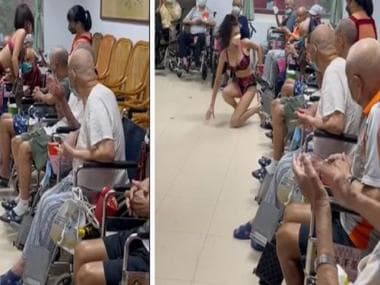 Taipei: A military hospital in Taiwan became the epicenter of a raging controversy for hiring strippers to entertain retired army personnel undergoing treatment at its facilities. The hospital authorities apologised for the act after news of the event was leaked to the media, leading to a national uproar.