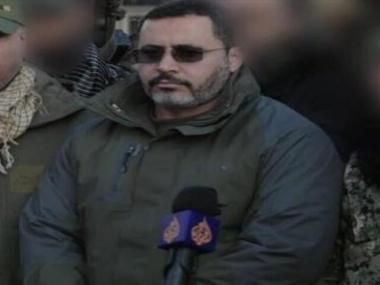 The IDF in a tweet said that Khaled Mansour as the Islamic Jihad’s Southern Gaza Division Commander was responsible for the recent attacks on Israel.

This is Khaled Mansour. As the Islamic Jihad’s Southern Gaza Division Commander, he was responsible for dozens of terrorist attacks against Israeli civilians & soldiers.

Last night, he was targeted & killed by IDF aircraft.

We will continue to act against any threat to Israel. pic.twitter.com/lhbNib3Sns

Twenty members of the Palestinian group Islamic Jihad were arrested overnight by Israeli security forces in the West Bank, the army announced on Sunday, as renewed violence flared in the Gaza strip.   The rockets attacks have also targeted the biggest of the two Israeli cities of Tel Aviv and Jerusalem. The attacks that have continued throughout nights, spreading panic and fear amongst Israeli civilians who have been running to safety amid blaring sirens.

The recent escalation triggered following the arrest of Bassem al Saadi, who Israel balmes for orchestrating a spate of attacks, from West Bank earlier this week.

Ever since the arrest, Islamic Jihad has been attacking Israeli cities with rockets, some of which reportedly also fell with Gaza and killed Palestinians as well.

Around 30% of the rockets fired on Israeli cities dropped within Gaza only, IDF International Spokesperson Lt. Col. Richard Hecht said

IDF International Spokesperson Lt. Col. Richard Hecht with an update on the current situation regarding the Islamic Jihad in Gaza: pic.twitter.com/sR5ZFD9zFk

In response to these attacks inside Israel the IDF Friday morning had started ‘Operation Breaking Dawn’ to crack down on the Islamic Jihad.