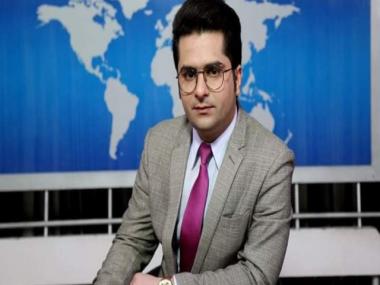 Ever since the Taliban takeover, the economic situation in Afghanistan has continued to deteriorate. The loss of international aid, rising costs and high rate of unemployment have led to what the World Bank has called a ‘dire’ situation. A recent Twitter post by journalist Nilofar Ayoubi shows how many talented professionals in the country have been pushed into poverty.

Ayoubi shared the photo of Musa Mohammadi, an Afghan journalist. A part of the media sector for years, he has now been selling street food to make ends meet. “A lifetime Work and struggles as a Journalist ends up like this for the Talented young generation of Afghanistan. It is a damned History repeating itself every few years for Us,” wrote Ayoubi.

A lifetime Work and struggles as a Journalist ends up like this for the Talented young generation of Afghanistan.
It is a damned History repeating itself every few years for Us. pic.twitter.com/5HO45dbbeF

Kabir Haqmal, Ex-Programs Director and Spokesperson of Afghanistan’s National Security Council also shared Mohammadi’s story and slammed the Taliban for the economic hardships that the country is undergoing.
View the tweet here:

Journalists life in #Afghanistan under the #Taliban. Musa Mohammadi worked for years as anchor & reporter in different TV channels, now has no income to fed his family. & sells street food to earn some money. #Afghans suffer unprecedented poverty after the fall of republic. pic.twitter.com/nCTTIbfZN3

The story of Mohammadi’s fall from fortune grabbed eyeballs and even came to the attention of Ahmadullah Wasiq, the Director General of National Radio and Television. In a tweet, Wasiq mentioned that he will appoint the former TV anchor and reporter in his department. View tweet here:

Since the Taliban took over the country last August, Afghanistan has been experiencing a humanitarian and economic crisis. The Taliban forces have also cracked down on media outlets, with several journalists, especially women losing their jobs in the last few months. According to the World Bank, the country’s economy is expected to contract further in 2022, with real Gross Domestic Product per capita falling about 30 percent between end-2020 and end-2022.

Since the fall of the democratic government, international aid has been frozen by many organisations, worsening the situation. The Taliban, who have not received official recognition from any country, have brought back many of the harsh laws they enacted during their previous rule from 1996-2001. Many of these laws impose harsh restrictions on women. The disappearance of women from many sectors of the economy has also factored in the exacerbation of the financial crisis.