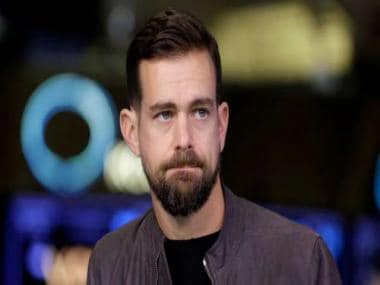 Twitter co-founder and former CEO Jack Dorsey Wednesday supported Elon Musk’s plan to reinstate former US president Donald Trump’s account on the micro-blogging site. Just like Musk, Dorsey also said that it was a bad idea to permanently ban someone from Twitter.

Notably, Dorsey was the CEO of Twitter when the social media giant permanently suspended Donald Trump’s account after 6 January, 2021, riot in the US capitol. Back then, Twitter said the tweets by Trump Twitter amounted to glorification of violence when read in the context of the Capitol riot and plans circulating online for future armed protests around the inauguration of President-elect Joe Biden.

“I do agree. There are exceptions (CSE, illegal behaviour, spam or network manipulation, etc), but generally permanent bans are a failure of ours and don’t work, which I wrote about here after the event (and called for a resilient social media protocol),” Jack Dorsey tweeted.

I do agree. There are exceptions (CSE, illegal behaviour, spam or network manipulation, etc), but generally permanent bans are a failure of ours and don’t work, which I wrote about here after the event (and called for a resilient social media protocol): https://t.co/fQ9KnrCQGX

Dorsey also re-shared a tweet from January last year, that stated he did “not celebrate or feel pride in our having to ban” Trump from the platform but had “made a decision with the best information we had based on threats to physical safety both on and off Twitter.”

I do not celebrate or feel pride in our having to ban @realDonaldTrump from Twitter, or how we got here. After a clear warning we’d take this action, we made a decision with the best information we had based on threats to physical safety both on and off Twitter. Was this correct?

On Tuesday, Elon Musk that as owner of Twitter he would lift the ban on Donald Trump. “I would reverse the permanent ban,” the billionaire said at a Financial Times conference.

Elon Musk Tuesday said that Twitter would reverse its ban of Donald Trump if his purchase of the social media company goes through, signalling just how permissive the platform could become toward free speech under his ownership.

Speaking virtually at an auto conference, the Tesla CEO said that Twitter’s ban of Trump following the 6 January, 2021, insurrection at the U.S. Capitol was a “morally bad decision” and “foolish in the extreme.”

“I think that was a mistake because it alienated a large part of the country and did not ultimately result in Donald Trump not having a voice,” said Musk, adding that he preferred temporary suspensions and other narrowly tailored punishments for content that is illegal or otherwise “destructive to the world.”

Don’t Miss: Elon Musk says he would reverse Donald Trump’s permanent ban on Twitter if purchase of company goes through

In one of his interviews in the recent past, Trump said, “I am not going on Twitter, I am going to stay on TRUTH.”

The former US president also said that he believes Musk is the right person for Twitter and should make improvements to the social media platform. “I hope Elon buys Twitter because he’ll make improvements to it and he is a good man, but I am going to be staying on TRUTH. The bottom line is, no, I am not going back to Twitter,” Trump said.

Meanwhile, shares of Twitter Tuesday dropped 1.5 per cent to $47.24 per share. That’s 13 per cent below the offer of $54.20 per share — or $44 billion — that Musk made on 14 April, a reflection of Wall Street’s concerns that the deal could still fall through. The Tesla CEO emphasised that it is “certainly not a done deal.”

Musk also said that Twitter currently has a strong bias to the left, largely because it is located in San Francisco. This alleged bias prevents it from building trust in the rest of the U.S. and the world, he said: “It’s far too random and I think Twitter needs to be much more even handed.”