Ukraine President Volodymyr Zelenskyy says that Ukraine is not joining NATO and he is willing to discuss Donetsk and Luhansk, calling them “temporarily occupied territories and pseudo-republics” only recognised by Russia. He adds that Ukraine won’t recognise Crimea as Russian territory but dialogue can continue.

Russia has said that it doesn’t want regime change in Ukraine. But Ukraine wants a “collective security agreement” (including a commitment from America, France, Germany and Turkey) providing guarantees for Donbas (indirect NATO involvement), which Russia will unlikely accept. Zelenskyy’s come down is because NATO rejected his no-fly zone demand and Russian forces in Donbas cannot be dislodged without direct NATO involvement.

The ceasefire, therefore, is contingent upon the mutual agreement over Donbas and Crimea. Besides, the West continues to pump arms and mercenaries into Ukraine though Ukrainians have lost confidence in Zelenskyy. According to a recent poll by Kyiv International Institute of Sociology, fewer than 23 percent of Ukrainians will vote for Zelenskyy if he runs for a second term.

Also read: The making of war: The complicated history of Russia, Ukraine, Poland and Germany explained

Russia has also asked the US about assistance in the development of biological weapons in US-funded bio-labs in Ukraine. Chinese foreign ministry spokesperson Zhao Lijian Zhao Lijian says, “US bio-labs in Ukraine has indeed attracted much attention. All dangerous pathogens in Ukraine must be stored in these labs and all research activities led by the US side… should disclose specific information as soon as possible including which viruses are stored and what research has been conducted.” 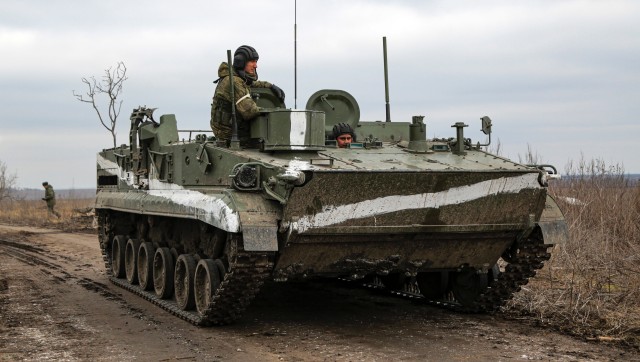 In response, US Deputy Secretary of State Victoria Nuland has said, “There are biological research laboratories in Ukraine. At the moment, we are concerned that the Russian military may be trying to take control of them. We are working with the Ukrainian side to prevent biological research materials from reaching Russian forces.” But the horrific fact is America signed an agreement with Ukraine in 2005 (17 years ago) to develop biological weapons in Ukraine. Little wonder the US and China did not sign the CTBT.

#BREAKING : An agreement that was signed in #Kiev between #US department of defense and #Ukraine‘s health ministry for cooperation in the field of biological weapons on August 29, 2005.#UkraineRussianWar #RussiaUkraineWar #RussianArmy #UkraineWar pic.twitter.com/IhqfMIntgs

US President Joe Biden has announced banning all oil and gas imports from Russia claiming it to be a collective decision but German Chancellor Olaf Scholz has rejected Biden’s call and France may follow after the April 10 presidential elections. Biden’s boast of releasing 60 million barrels of oil reserves is a drop in the bucked; the US itself consumes an average of about 20 million barrels per day.

Russia meets 10 percent of American requirements of natural gas and oil, and 40 percent of the EU. The Biden administration wanted more oil from Saudi Arabia but Saudi Arabia has declined – what a snub! Now oil is being sought from Venezuela but some senators are against such import because Venezuela is ruled by dictator Nicolas Maduro. Interestingly, Biden cannot ban the import of uranium from Russia because it meets part requirements of American nuclear power plants.

Why is India’s approach to the Ukraine crisis under spotlight?

India’s Russia policy has been spot on so far, but going ahead it needs to break free of the dependence for truer strategic autonomy

Big lesson for India from Ukraine war: There’s nothing bigger for a country than its national interests

How Russia-Ukraine conflict has complicated the already complex geopolitics

The US faced a faux passé in pressuring Poland to transfer its MiG-29 fighter jets to Ukraine and get replacement US fighter jets. Poland first refused but when the US insisted, Poland said it can send the MiG-29s to US bases and they can fly them to Ukraine. So, the US had to back out for fear of Russian retaliation. This indicates Biden’s obsession to continue fueling the conflict in Ukraine.

With the ban on Russian oil and gas, the petrodollar is dead as far as Russia is concerned. Alternative to SWIFT, already in place, will also catch up in time. China is buying stocks from Russian energy companies. The Biden administration thinks that the Russia-China friendship is a marriage of convenience but American actions are bonding them closer. China has condemned unilateral sanctions on Russia. 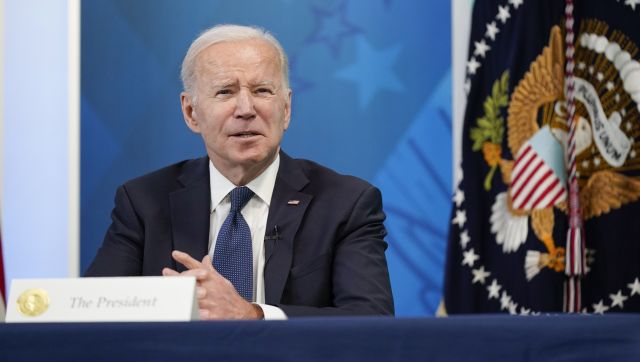 Moscow has accused the US of waging economic war on Russia and has warned of swift reaction, which will be felt by the West. UK’s Boris Johnson is playing safe both ways. His anti-Russia rants are periodic but concurrently, he wrote an op-ed in New York Times saying, “We have no hostility toward Russian people and we have no desire to impugn a great nation and a world power. Ukraine had no serious prospect of NATO membership in the ‘near future’. This is not a NATO conflict and it will not become one.”

Russian President Vladimir Putin has said he sent troops to Ukraine to “de-Nazify” the country and accused Kyiv authorities of blocking efforts to evacuate civilians. Russian Foreign Ministry spokeswoman Maria Zakharova calling attention to “partners” has said that Russia is not responsible for the lives of “your” citizens who have opted to take part in illegal armed activities in Ukraine, any armed activities against Russian forces will be immediately stopped and armed groups of foreign mercenaries will be eliminated. She called upon countries, governments and officials who are supporting this initiative to recruit volunteers to fight against Russia in Ukraine not to call Moscow later and plead for help.

Finally, hostilities and violence cannot cease in Ukraine unless the West continues to do mischief; under the pseudonym of Zelenskyy raising a foreign legion or otherwise. Going by present indications, the West, Biden administration, in particular, has no plans to hold back

The author is a veteran lieutenant-general of the Indian Army. Views expressed are personal.