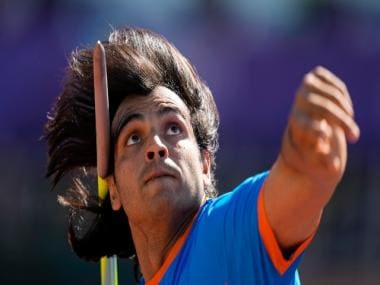 Pakistan’s Arshad Nadeem brought much pride to his nation by winning its first-ever Javelin Throw Gold at the Commonwealth Games 2022. Apart from standing atop the podium, he scripted another history by breaching the 90m mark. His throw recorded 90.18m and became the longest in the Commonwealth Games. After Arshad Nadeem shared a clip of the milestone throw on Instagram, Tokyo Olympic star Neeraj Chopra took a step ahead to pen down a congratulatory message in the comment section. With the throw, Nadeem also beat the Indian javelin thrower’s Tokyo Olympic mark of 87.58m and the World Athletics Championship mark of 88.13m.

Industrialist Anand Mahindra also highlighted the Indian athlete’s comment by sharing a screenshot of it on his Twitter handle. The bonding shared by the two athletes off the field made him note, “This is how the world should be. A Gold medal to both of them for demonstrating the difference between competitiveness and enmity.” As Anand Mahindra has an active social media fanbase, the Twitter thread went viral in no time.

This is how the world should be… A Gold medal to both of them for demonstrating the difference between competitiveness and enmity. #NeerajChopra #ArshadNadeem pic.twitter.com/F47TeCtJGN — anand mahindra (@anandmahindra) August 8, 2022

Since being shared, the post has garnered more than 11,000 likes. The comment section saw mixed reactions from the users. While some of them congratulated the Pakistani javelin thrower, some marked the exchange ‘one-sided’. One of the commenters asserted, “It’s Jealousy which leads to enmity. Elite minds don’t get jealous. They improvise.” Another individual commented, “This is one-sided. No businessman from Pakistan nor Arshad Nadeem congratulated Neeraj Chopra for winning gold in the Olympics.”

A few Indian fans also wished for the speedy recovery of Neeraj Chopra who had to pull himself out of the Birmingham Commonwealth Games after suffering a groin injury in the World Championships.