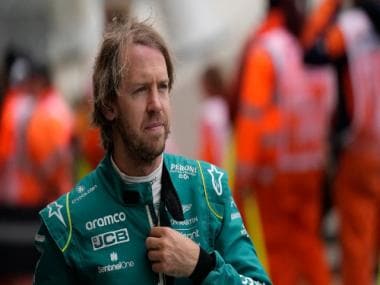 Four-time Formula One world champion Sebastian Vettel announced his decision to retire from the sport at the end of the 2022 season.

The German racer joined Aston Martin last year after five successful years at Ferrari, finishing at the 12th spot at the end of the 2021 season, and is at the 14th spot in the driver’s standings in the ongoing season.

BREAKING: Sebastian Vettel has announced he will retire from F1 at the end of the 2022 season

Vettel’s most productive run however, was with the Red Bull Racing team as he won four back-to-back world titles between 2010 and 2013 after finishing runner-up in 2009. With the Prancing Horse, he finished runner-up twice (2017 and 2018) and third in his debut season in 2015.