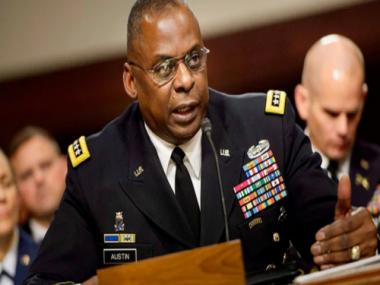 Washington: Even as it battles daily attacks from the Taliban amid a spiralling economic crisis, the Pakistan Army has got a major thumbs up from the USA.

US Defence Secretary Lloyd Austin on Friday congratulated General Asim Munir on his appointment as the Pakistan Army Chief, noting that the two countries have a long-standing defence partnership.

According to a Pentagon readout of the call, Austin congratulated Gen Munir on his appointment as the Chief of Army Staff and discussed areas of mutual interest as well as recent regional developments.

“The United States and Pakistan have a long-standing defence partnership and I look forward to working with General Munir,” he said in a tweet.

The United States Embassy in Islamabad released a statement saying, “We look forward to working with [General] Munir as the ISI Director General and continuing our close bilateral defense cooperation.”

The US-Pakistan defence relationship has been a cornerstone of US foreign policy towards the region since the Cold War. Since coming to power in 2017, US President Donald Trump has provided Pakistan with consistent security assistance in the form of financial aid and weaponry.

Ultimately, the United States and Pakistan share a robust defence relationship, aimed at fostering stability, economic development, and joint counterterrorism efforts. General Munir’s promotion, and the subsequent expression of support from the United States signals the continued importance of this relationship.