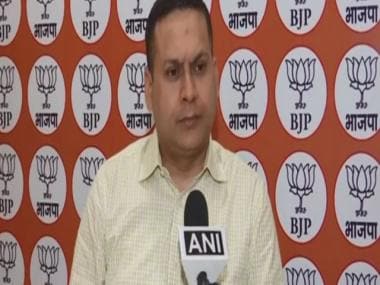 New Delhi: The BJP on Sunday accused the Congress of minority appeasement after a video of grand old party MLA Chandanji Thakor stating that only “Muslims can save the party” surfaced on social media.

Terming the Congress the new Muslim League, BJP leader Amit Malviya tweeted, “Chandanji Thakor, Congress candidate in Gujarat elections, is saying that only Muslim society can save this country, and if someone can save the Congress party, it can only be a Muslim party… On one hand Rahul Gandhi pretends to go to temple during elections, on the other hand his party has become the new Muslim League.”

“Sonia Gandhi, Rahul Gandhi, Priyanka Gandhi came to roads over NRC issue. There were 18 types of parties but none favoured Muslims. This is the only party that protects you, countrywide. This BJP disturbed you in some places. This BJP raked up the triple talaq issue, and abolished it. The Hajj subsidy is also taken away by BJP,” he added.

Reacting to the clip, Gujarat Chief Minister Bhupendra Patel said that the words used by Congress MLA were shameful.

Taking to Twitter, Patel said, “Shameful words! Fearing defeat, Congress yet again resorts to minority appeasement. But Congress should know that no one will be able to save Congress Party from defeat!”

But Congress should know that no one will be able to save Congress Party from defeat! pic.twitter.com/cr6cL4QFYA