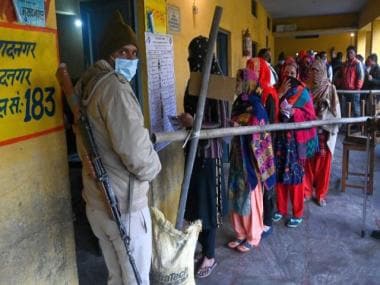 New Delhi: The Election Commission of India (ECI) on Tuesday announced the schedule for the bypolls to be held in Uttar Pradesh’s Khatauli assembly constituency. The election will be held on 5 December, while the counting of votes will take place on 8 December.

The results will be declared along with the results of the assembly polls to be held in Himachal Pradesh and Gujarat across November and December this year. The last date of filing nominations for the bypoll is 17 November, while the last date for scrutiny of all nominations by poll panel officials is on 18 November.

The last date for withdrawal of candidatures is 21 November, 2022.

Bypolls were required for the Khatauli assembly constituency in UP when Bharatiya Janata Party lawmaker Vikram Singh Saini was disqualified after he was convicted in a case related to the 2013 Muzaffarnagar riots.

The BJP MLA along with 11 others was sentenced to two years’ imprisonment in the 2013 Muzaffarnagar riots case by a special MP/MLA court in Uttar Pradesh on October 11.

With this notification, the EC announced that all vacancies for 2022 as of now had been covered with the declaration of dates for the bypoll.

Bypolls will also be held in Odisha’s Padampur, Rajasthan’s Sardarshahar, Bihar’s Kurhani and Uttar Pradesh’s Rampur from where Samajwadi Party MLA Azam Khan was recently disqualified after a court sentenced him to a three-year jail term for delivering hate speeches during a political gathering.