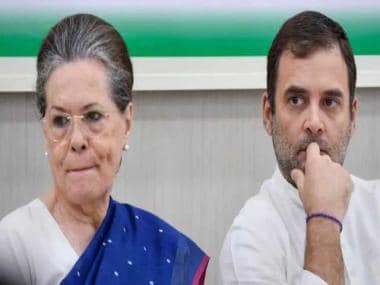 New Delhi: The election for Congress President will be taking place on 17 October, between 10 am to 4 pm, Congress Working Committee (CWC), the party’s highest decision-making body, announced the schedule on Sunday.

The CWC met today under the chairmanship of Congress interim President Sonia Gandhi. The final schedule of the dates was suggested by the Central Election Authority of the AICC for election to the post of Congress President

Notification process for election to the post of Congress President will be from 24 September to 30 September. Date of scrutiny of nomination has been fixed as 1 October. The last date for withdrawal of nomination is 8 October.

Counting of votes and declaration of Result will be on 19 October.

“CWC met under Sonia Gandhi and approved the final schedule. Nomination process for post of Congress president will be from 24 to 30 September. Elections to be held on 17 October and counting of votes and declaration of results will be on 19 October,” Congress MP KC Venugopal said today.

The meeting is taking place in the shadow of the resignation of senior Congress leader Ghulam Nabi Azad, who, in his resignation letter, tore into Rahul Gandhi and his style of functioning.

Sonia Gandhi is abroad for a medical checkup and is accompanied by Rahul and Priyanka. Notably, Congress was to elect a new president to replace her between 21 August and 20 September.

Who can be the next Congress president?

Rajasthan Chief Minister Ashok Gehlot has emerged as the top choice for the Congress president’s post. A report by Economic Times quoted sources saying that Sonia Gandhi had requested him to contest during a meeting which she held before leaving for medical checkup and treatment abroad.

Also, Gehlot has publicly exhorted Rahul Gandhi to return as the party President. However, uncertainty and suspense continue on the issue. Meanwhile, Rahul Gandhi is persisting with his stance that he will not be the AICC president.