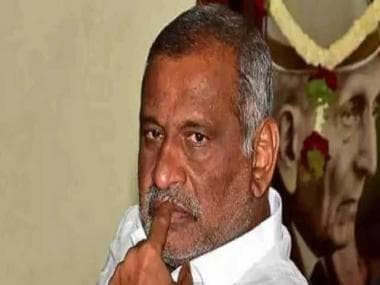 Bengaluru: On Tuesday morning, a leaked phone call to the press by a Karnataka minister has caused new embarrassment to Chief Minister Basavaraj Bommai. Now, the Karnataka CM has sought to downplay the entire episode, claiming that the comments made by the senior BJP minister were in a specific context.

In a audio clip, Karnataka Law Minister J C Madhuswamy is heard saying, “We are not running the government, we are just managing it.” The recording of the conversation is allegedly between Madhuswamy and a social worker Bhaskar from Channapatna.

The recording, posted by the Karnataka unit of the Congress has Bhaskar complain of officials of the VSSN Co-operative Bank demanding Rs 1,300 to renew loans worth Rs 50,000 taken by farmers across Karnataka.

Madhuswamy is heard saying that he is aware of all the allegations and that the funds which are meant as payment of interest are being instead been siphoned and additional payments are being sought.

“Even I have been forced to pay the additional charges by bank officials and it is not just farmers. There is no functioning government, we are only managing things and pushing for eight months (when the 2023 state elections are to be held),” Madhuswamy is heard saying in the conversation.

What a cornered Bommai said

The Karnataka CM when cornered by the viral audio tried to douse the fire stating that the comments are being taken out of context. Bommai, however, did not deny that it was the minister who was being heard in the clip.

“He (Madhuswamy) had said in a different context. I will talk to him. The context was different, so there is no need to take it in the wrong sense. He had spoken specifically with respect to some cooperative-related issue. Things are fine, there is no problem,” the Karnataka CM said.

Comments add to speculation of Bommai stepping down

The recent viral audio has only added fuel to speculative fire of news of 62-year-old Bommai being replaced mid-term by the BJP on account of a growing dissatisfaction with the government of the state. However, it is only speculation at this point, considering reports stating that BJP will seek a consecutive term in Karnataka through 2023 Assembly polls with Bommai still in charge.

Though CM Bommai today said that everything is good and that there isn’t any trouble, Minister of Co-Operation S T Somashekar Gowda termed his cabinet colleague Madhuswamy’s statements wrong.

“The government is not crawling as the minister has claimed. Maybe his own department is just drifting along,” Somashekhar said.

Similarly, Horticulture minister N Munirathna demanded the resignation of the law minister over his remark, stating, “He should not make such comments. He should resign,” Munirathna said.

Talking about the discontent within his ministers over Madhuswamy’s remarks, the Karnataka CM said: “I will talk to all of them.”