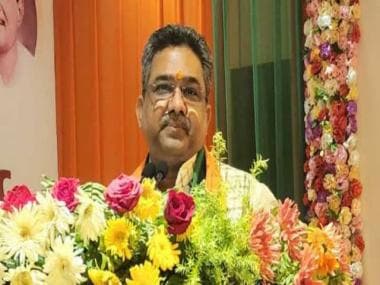 New Delhi: BJP’s Sunil Bansal has been appointed as the party’s national general secretary in charge of West Bengal, Odisha, and Telangana, the three opposition-ruled states where the party has been putting all efforts to expand its footprints.

Bansal, the general secretary (organisation) of the Bharatiya Janata Party (BJP) in Uttar Pradesh, has been allotted the new task on Wednesday by the party’s national president JP Nadda.

Notably, the development appears to be part of the crucial organisational changed ahead of the 2024 Lok Sabha election.

What role does general secretary play in BJP?

A report by The Indian Express said that in any unit of BJP, the general secretary (organisation) or sangathan mahamantri is considered to be a crucial member as they are RSS appointees in the party.

Who is Sunil Bansal?

Sunil Bansal who was the general secretary (organisation) of the BJP in Uttar Pradesh, started his political voyage as an activist of the Akhil Bharatiya Vidyarthi Parishad (ABVP) – the student outfit the Rashtriya Swayamsevak Sangh (RSS)– in Rajasthan before being elevated to national joint organising secretary.

It was then that Union Home Minister Amit Shah picked him up to work on the 2014 elections in Uttar Pradesh.

As the organisation secretary in charge of Uttar Pradesh, Bansal played a significant role in BJP winning the elections in the state.

Considered to be among the BJP’s chief strategists, Bansal also is known for his key role in scripting the party’s triumph in 2017 Uttar Pradesh Assembly polls, after which Yogi Adityanath became the Chief Minister, and then in 2022 when the BJP retained power in the state.