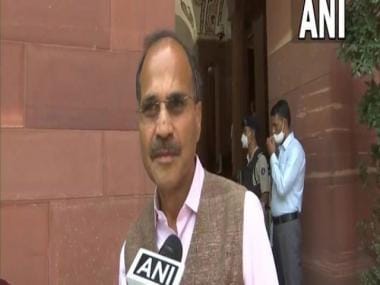 New Delhi: Congress leader Adhir Ranjan Chowdhury on Friday wrote to president Droupadi Murmu and apologised to her for his objectionable remark.

In a letter to the president, he said that he mistakenly used an incorrect word for her and it was a slip of tongue.

“I am writing to express my regret for having mistakenly used an incorrect word to describe the position you hold. I assure you that it was a slip of the tongue.

“I apologise and request you to accept the same,” Chowdhury said in his letter to the president.

Earlier, the BJP rejected  Chowdhury’s “slip of tongue” defence saying that the matter “should not be taken lightly.”

“It was not a slip of the tongue. If you watch the clip, Adhir Ranjan Chowdhury clearly (referred to President Murmu as) Rashtrapati twice, then he called her Rashtrapatni,” Union law minister Kiren Rijiju told news agency ANI.

Also read: ‘Rashtrapatni’ row: From ‘already apologised’ to ‘Sonia sanctioned humiliation’, who said what in war of words

While talking to reporters on Wednesday, Chowdhury had used the word ‘rashtrapatni’ for president Murmu, which created a row with the ruling BJP raising the issue in Parliament, demanding an apology from him and Congress chief Sonia Gandhi.