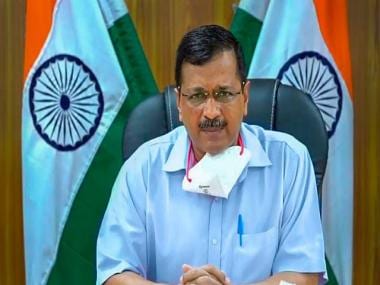 Delhi chief minister Arvind Kejriwal is miffed with the Centre once again. The Aam Aadmi Party (AAP) leader’s latest complaint is that he has not received clearance from the government for a proposed visit to Singapore.

He has been invited to attend the World Cities Summit between 31 July and 3 August to be held in the city-state to present the Delhi model of governance.

“I am not a criminal, I am the elected Chief Minister and I am a free citizen of the country. Why am I being stopped? The Government of Singapore has specially called me to present the Delhi model,” Kejriwal said on Monday, after voting in the presidential polls. He alleged that there were political reasons behind the delay to grant him a go-ahead for the summit.

I am an elected MLA. I don’t understand why am I being stopped (from going to World Cities Summit). Singapore govt has called me to tell them about Delhi model- growth of services in health&schools. This will promote the country on an international level: Delhi CM Arvind Kejriwal pic.twitter.com/vS56VgG7ow

The Delhi CM reportedly wrote a letter to Prime Minister Narendra Modi regarding the matter and has been awaiting permission for more than a month now.

What permissions does Kejriwal need?

A circular issued on 6 May 2015 reads, “The Cabinet Secretariat and the Ministry of External Affairs should be kept informed of the proposed foreign visit, either official or private, of Chief Ministers and Ministers of State Governments/Union Territories. However, prior political clearance and FCRA (Foreign Contribution Regulation Act) clearance are mandatory.”

The notification also acknowledged that most chief ministers usually write to the PMO for permission.

Delhi | Aam Aadmi Party MPs protest against the Centre in front of Gandhi statue in Parliament against the delay in nod for Singapore visit to Arvind Kejriwal pic.twitter.com/gSpKUYSidX

Who gives the political clearance?

A thorough investigation is carried out and the hosts of the dignitary are scrutinised. The nature of the event, participation of other nations, and India’s ties with the host country are all taken into consideration. A report is made based on the findings and sent back to the MEA.

The MEA can add an unfavourable remark if they suspect the credentials or the intent of the invite.

A copy of the application is also sent to the department of economic affairs, which takes a look at the application only if it has got a go-head from the MEA. A suitable protocol requirement by the host country is also needed.

Since 2016, e-political clearance applications can be made on the portal epolclearance.gov.in, according to a report in The Indian Express.

The MEA forwards the recommendation and the report to the PMO which takes the final call.

What is an FCRA clearance?

The Foreign Contribution Regulation Act clearance is needed for a visit abroad if the foreign trip involves the hospitality of organisations other than those of the United Nation. It is given by the Ministry of Home Affairs (MHA).

According to September 2011 guidelines issued by the MHA relating to “foreign hospitality”, “no member of a legislature or office-bearer of a political party or judge or government servant or employee of any corporation or any other body owned or controlled by the government shall, while visiting any country or territory outside India, accept, except with the prior permission of the central government”.

Every application for acceptance of foreign hospitality shall be accompanied by an invitation letter from the host or the host country, as the case may be, and administrative clearance of the ministry or the department concerned in case of visits sponsored by them, the rules say.

Are any other clearances are needed?

Union ministers need additional clearance from the PMO after an okay from the MEA, even if the trip is personal. Lok Sabha MPs need an okay from the Speaker and Rajya Sabha members from the chairperson, the vice president of India. The lawmakers do not need to inform the Lok Sabha/Rajya Sabha secretariat if the visit is private.

Have chief ministers been denied permission for visits abroad?

Yes. In 2021, West Bengal Chief Minister Mamata Banerjee was denied permission for a trip to Rome. The MEA had said that “the event is not commensurate in status for participation by a chief minister of a state”.

In October 2019, Kejriwal did not receive approval to attend a climate conference in Demark’s Copenhagen, which he later attended virtually. He was not given a political clearance by the MEA. Then Union minister Prakash Javadekar said, “It (the summit) was a mayor-level conference and a West Bengal minister is going to attend it.”

In 2017, then Kerala Tourism Minister K Surendran was denied permission by the MEA to visit China for a tourism conference. It was found that the host was not providing suitable protocol to the minister from an important Indian state, reports The Hindu.

During the UPA rule, Tarun Gogoi, who was then the Assam chief minister, was not allowed to visit the United States and Israel. Arjun Munda from Jharkhand was not given clearance to visit Thailand.