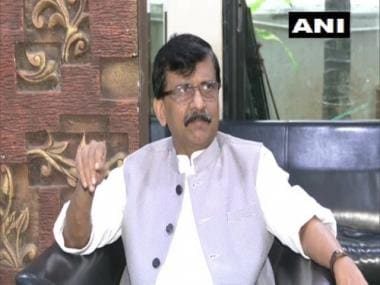 New Delhi: Shiv Sena leader Sanjay Raut on Thursday said that he has written to Lok Sabha Speaker and informed him that Rajan Vichare has been appointed the Chief Whip of the party, replacing Bhawna Gawli.

He said the decision was taken on the directions of former Maharashtra chief minister Uddhav Thackeray.

We have made changes in Lok Sabha at the command of Uddhav Thackeray, have written a letter to Lok Sabha Speaker to make Rajan Vichare the Chief Whip of the party: Shiv Sena’s Sanjay Raut pic.twitter.com/j4Sr2uzUkg

According to a report in NDTV, the Thackeray faction of Shiv Sena, reduced to a minority in the Maharashtra Assembly, appointed the new Chief Whip to avoid a revolt by party MPs .

The spread of the revolt among the MPs will be a huge disadvantage to the Sena, which has 19 members in the Lok Sabha and three in the Rajya Sabha, added the report.

Another report in The Week said that a central BJP minister has claimed that the split in the Shiv Sena in Maharashtra will also have an impact in the Lok Sabha as at least a dozen Lok Sabha members of the party, out of the total 19, were ready to switch sides.

After the revolt by Eknath Shinde last month, Thackeray lost 40 of his 55 MLAs and also had to subsequently step down from the post of the Chief Minister.

Shinde faction officially formed an alliance with the BJP and staked claim to form the government after Shinde was announced the chief minister of the state in a surprise move.

In the floor test held earlier this week, Shinde camp bagged  164 votes in the 288-member assembly, 20 above the simple majority mark of 144.