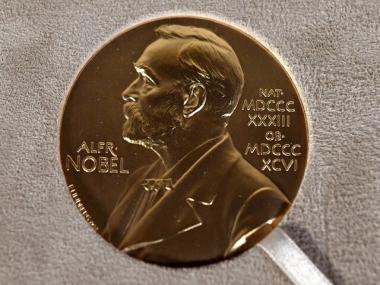 Last week, Indian observers kept a close tab on the announcement of the Nobel Peace Prize, for speculation about possible recipients generated widespread controversy. Although the story about two Indian citizens being frontrunners for the prize turned out to be a blatant instance of fake news, it gave the commentariat an opportunity to re-examine the Nobel Peace Prize as an institution, reassess its value, lay bare its objectives, and ponder as to how it was being used by various interest groups.

In this endeavour, a Twitter thread by journalist Rakesh Krishna Simha traced the history of this supposedly prestigious award, and put forth several uncomfortable questions about the individuals and organisations who had bagged it. After all, Barack Obama, arguably the biggest war criminal of the twenty-first century, was awarded this prize. His government has the distinction of bombing several countries to the stone age, and his policies have given birth to the ISIS and facilitated slave markets in Libya. More recently, Malala Yusafzai was awarded the prize for standing up against the Taliban’s misogyny. She smoothly transitioned into a leading mouthpiece for the same practices and people she had stood up against, after attaining global acclaim.

Simha cites the example of the 1994 joint-awardee Yaseer Arafat too, who was for all practical purposes the head of a terrorist outfit. But perhaps the worst choice of all, which exposed the institution threadbare, was that of Henry Kissinger, the very embodiment of deceit and ruthlessness. As Simha reminded us, American satirist Tom Lehrer had famously pointed out that political satire had become obsolete with Kissinger receiving the Nobel Peace Prize.

There were some questionable misses as well. Among the Indians, Simha referred to Mohandas Gandhi and Indira Gandhi, who according to him were more deserving than the aforementioned controversial choices, but were denied the prize on frivolous grounds. Although much of his analysis can be considered a personal opinion, it is without doubt a popular one in India today. The prize’s credibility is at an all-time low, and it is increasingly seen as a tool to further Western interests around the world. An arbitrary and ever-changing moral compass guides these choices, and they are generally made to legitimise certain entities or individuals that the West wants to either whitewash or mainstream.

Other individuals or entities are chosen to settle scores, or needle those who stand against Western interests. For example, the recipient of the Nobel Peace Prize this year was a Russian organisation which campaigned for years against the regime within the country, and was seen as a rebuke to Vladimir Putin. Sometimes, as pointed out in the thread, certain entities or individuals are left out deliberately, perhaps as a signal that they need to do much more to fall in line with the West’s agenda.

The two Indians who were speculated to be frontrunners for the prize call themselves fact-checkers but have a long history of spreading fake news themselves. Their work essentially targets the current Indian regime. One of them is a rabid extremist, who put a target on a woman’s back by sharing a cropped video on social media. Many of those who have stood up for the woman in question have been beheaded by other rabid extremists. Therefore, when news of their supposed nomination first streamed in, it did not come as much of a surprise. After all, they fit right in with illustrious individuals such as Arafat and Malala. The real surprise was that fake news notwithstanding, they were not even considered in the shortlist, let alone bagging the award. Maybe running a website was not considered worthy enough to join a club of distinguished individuals who had, for example, ushered peace by bombing seven countries to rubble.

Perhaps a more serious explanation of why the fraudsters in question never stood a chance lies in the domain of international relations, wherein the West cannot afford to isolate India. Tools such as the Nobel are already used extensively in the context of India each time the country chooses to pursue its own interest in ways that do not align with Western interests. They come in the form of supposedly independent democracy reports, press freedom indices or media hit jobs that portray India in a bad light. India has, however, learned to answer in kind and discard these reports in the trash can. The entire exercise has had an unintended consequence in India, where the Overton Window has shifted to a point where the lack of criticism from the West would indicate a sold-out regime.

The Nobel was perhaps not awarded to the fraudsters because the institution was trying to save itself by preserving some legitimacy amongst a large chunk of the world’s population. After the name of the anti-Russian organisation was announced as the winner, the Russian regime shut it down and sealed its offices in Russia, with widespread support from the masses. There is no reason the West would want a power like India, with which they share synergies on several fronts, to head down the same path.

It is likely however that some eminent personalities who have rallied against the Modi government, considered this prize for the duo to be a done deal. They believe that the only reason this duo was unable to bag it is because one more international institution has sold itself out to saffron forces. This has been their explanation for many unfavourable developments. On the other side of the spectrum, it is likely that many staunch supporters of the government believe the entire fiasco was a prank, much like the one played on a television anchor whose ignorance was used to make her believe that she would be joining the faculty of an Ivy League institution. In reality, this is neither. In fact, it comes across as a carefully planned attempt to whitewash the fraudsters in question. On many forums which do take the Nobel Peace Prize seriously, they could potentially use this fiasco to claim that they indeed came close to winning the prize. This might help them in their fundraising efforts among the gullible.

There are enough reasons to believe that this is indeed the case. The story of the duo being frontrunners for the prize first appeared in a Western publication, and was broken by a journalist who has a track record of spreading fake news about India. When a prominent mainstream media outlet in India reached out to the publication and the journalist, they received no response. It was later revealed that the shortlist was not the official one, and had been compiled by an individual. The individual, although a prominent political scientist from the same country as the prize, was not part of any official entity involved in awarding the prize. In fact, the name of the duo had not even made it to this individual’s top-five shortlist.

It gets even better, though. None of those who made it to his top-five ended up winning. The cherry on the cake, however, is a rule that can be found on the official Nobel Prize website with a simple search. It states, “The names of the nominees and other information about the nominations cannot be revealed until 50 years later.”

Unfortunately, on this occasion, independent fact-checkers remained conspicuously absent to verify the claims about the nomination and shortlist.

The writer is an author and political commentator. He has authored the book, ‘Himanta Biswa Sarma: From Boy Wonder to CM’. The views expressed in this article are those of the author and do not represent the stand of this publication.