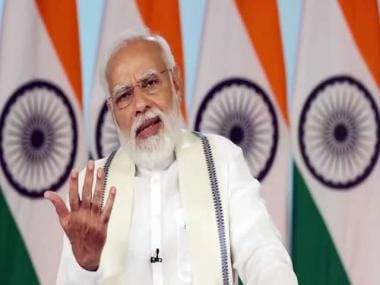 The just-released Modi@20: Dreams Meet Delivery, edited and compiled by BluCraft Digital Foundation and published by Rupa, makes an important point in its anonymous “Introduction”. It is not so much that “the idea of Modi” has held sway for the last two decades so much as “ideas by Modi” that have “refashioned and redefined India in the 21st century”.

I could not help contrasting it with a, now practically forgotten, hatchet job that arguably set off the trend of books and movies containing the word “files”. I am referring to Gujrat Files: Anatomy of a Cover Up self-published by Rana Ayyub in 2016. If both the book and its writer stand discredited today, why go back to the original expose that started the series?

The reason is simple. The book in question, based on Ayyub’s undercover reporting for Tehelka in 2010, claiming to be a revelation of the complicity of the Gujarat government in the riots of 2002 actually reads like a work of fiction and fantasy 20 after those disturbances which changed India’s fate forever. Worse, these so-called “sting operations” created great distrust between politicians and journalists, the after-effects of which we suffer to this day. A free press is a guardian of democracy, but a disgraced and malign fourth pillar makes our leadership barricade itself from journalists, except for the election season.

It was after the Gujarat riots that Modi rose like a phoenix from the ashes by submitting to the highest court of appeals in the country, the people’s verdict. The people of Gujarat re-elected him, endorsing his leadership. What Modi accomplished in his home state was not only an economic miracle but a reassertion of Hindu India against minoritarian and secularist machinations. The entire truth about who was behind “Godhra Kand”, setting fire to the train carrying kar sevaks returning from Ayodhya in the horrific massacre of February 2002 will probably never be known. But can we doubt that it was a conspiracy to destabilise India?

That Godhra was notorious for communal violence is well-known. Both Godhra and Kashmir, parts of independent India, underscore what Mark Durie in The Third Choice: Islam, Dhimmitude and Freedom (2010) called “the theological and political relationship between Muslims and non-Muslims”. It is not that peaceful coexistence between Muslims and non-Muslims is impossible. Indeed, history probably attests to it more often than its opposite. Yet, the fact remains that theologically sanctioned and historically tested methods to target the latter are always available and can be activated as and when the need arises.

Ayyub’s “files” were never really opened because she failed to supply the tape-recordings on which her reports and book are based, despite open offers by media houses. There is no one to corroborate her sting operation disguised as the undercover filmmaker from America, Maithili Tyagi. Similarly, her French assistant, Mike, has vanished into thin air. Even her encounter with Modi in her book reveals nothing remotely incriminating about the latter’s role in riots. No wonder “The Gujarat Files”, at least if based on Ayyub’s work, will probably not make it to celluloid.

Today, no one will touch her Gujarat Files with a barge pole. Ayyub also stands accused in a crowdfunding scandal that allegedly involves embezzling funds to the tune of Rs 1.77 crore. Despite being heavily promoted in the Western media, very few people take her seriously as a journalist or writer. Instead, her only claim to fame is a Modi-hater and baiter. But as we have seen over and over again, such Modi-hatred only adds to Modi’s stature in the eyes of those who adore him.

Ayyub’s apparent naiveté, her factual and cultural ignorance in The Gujarat Files, do not seem so innocent in retrospect. She was hired to do a hatchet job on Modi, but she failed. Godhra itself was, it is probable, designed to destabilise Modi’s first chief ministership and ensure that he was never elected again. With such a perspective, a commemorative volume such as Modi@20 seems a bit tame and airbrushed compared to his stormy rise and continued success. The praise heaped on Modi by admirers drawn from a broad spectrum of high-achievers seems very much an exercise in narrative and legacy-building.

What Modi has gone through and accomplished for India is immensely poignant and deeply transformative. The officially-sanctioned, sanitised image of Modi does not do justice to his life’s work. Instead, a flatter, if larger than life, cut-out of greatness conceived rather conventionally seems to suffice if not satisfy his media managers. As in any personality cult, it is the human being, with all his frailties as well as unique gifts, that goes missing. Perhaps, there will never be anything resembling the real “Delhi Files”, let alone “The Modi Files”. At least for several years to come. But what Modi has done for India will remain in the nation’s imagination for decades to come.

This is the concluding part of the ‘Delhi Files’ series.

The author is a professor of English at Jawaharlal Nehru University, New Delhi. Views expressed are personal.