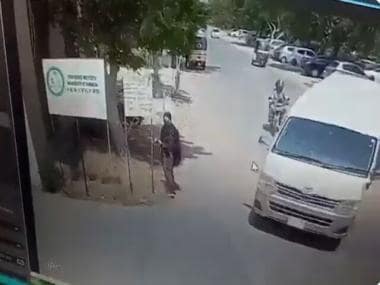 Shaari belonged to the deadly Majeed Brigade of Balochistan Liberation Army (BLA). This was the first major attack in 2022 targeted against Chinese nationals working or visiting Pakistan. This was, however, not the first occurrence of Baloch separatists attacking and killing Chinese nationals, but this particular incident is one of a kind as a woman suicide bomber blew herself along with others.

As the story goes, Shari was a teacher, with MPhil degree, who had enrolled for a second master’s degree months before the attack. She was a resident of Niazar Abad in Balochistan’s Turbat district.

A few of the recent attacks on Chinese financial investments and citizens inside Pakistan are as follows:

·        On 28 July 2021, a Chinese national was shot and wounded in an attack in Karachi. Reportedly, two men wearing face masks riding a motorcycle carried out the shooting.

·        On 14 July 2021, at least nine Chinese engineers and four Pakistanis were killed in an explosion in Kohistan district of Khyber Pakhtunkhwa province of Pakistan.

·        On 29 June 2020, 11 people were killed in a terror attack on Pakistan Stock Exchange (PSX) on Chundrigar Road in Karachi. China holds about 40 per cent equity in the PSX through Shanghai Stock Exchange, Shenzhen Stock Exchange and China Financial Future Exchange.

·        On 23 November 2018, suicide attackers of Majeed Brigade attacked the Chinese Consulate in Karachi, leaving at least six people dead. No Chinese national died in that attack.

The Majeed Brigade was formed in the year 2011 as an elite unit of the BLA and acts as a suicide squad (fidayeen) for the organisation. It is named in memory of Abdul Majeed Baloch, one of former Pakistan Prime Minister Zulfiqar Bhutto’s bodyguards. While on duty, Majeed attempted to assassinate Bhutto but was eventually killed by other security guards. The assassination attempt occurred after Bhutto ordered a military operation against the Baloch insurgents in 1975. According to various sources, the brigade receives its funding from Baloch protesters living outside Pakistan, in Europe and North America.

Karachi University blast: Suicide bomber Shari Baloch was a mother of two, had an MPhil degree

A day after the blast, a spokesperson of BLA, Jeeyand Baloch, stated in a statement published in English: “Hundreds of highly trained male and female members of the Baloch Liberation Army’s Majeed Brigade are ready to carry out deadly attacks in any part of Balochistan and Pakistan.” He threatened Beijing with “even harsher” attacks unless China halts “exploitation projects” and “occupying of the Pakistani state”.

The decades-old fight of the Baloch people has both political and economic perspectives. Balochistan has experienced consistent insurgencies since its annexation by Pakistan. The Pakistan government has waged military campaigns against the Baloch people in 1948, 1958-59, 1962-63 and 1973-77. There have been five Baloch rebellions since 1947. The first wave of rebellion occurred in 1948, followed by the second in 1955 after the imposition of the ‘One-Unit’ Plan of Ayub Khan. The third rebellion was caused due to the announcement of Martial Law in 1958. The fourth wave came in the year 1973 when Balochistan chief minister Sardar Attaullah Mengal was fired by Zulfikar Ali Bhutto. The fifth and the continuing wave of conflict began when tension mounted between the Bugti tribe under the leadership of Nawab Mohammad Akbar Khan Bugti and the Provincial and Federal authorities. The most recent conflict began in the 2000s, making it the longest and the most violent one.

From the economic standpoint, the Baloch people demand a greater share in their province’s natural resources; the insurgent attacks, thus, are mostly focused on natural gas projects, infrastructure and Pakistan’s security forces. But, with the announcement of the Gwadar port as part of China’s ambitious CPEC project, the insurgents of various Baloch outfits, and especially BLA, have started seeing the Chinese establishment and its labourers and engineers working within Pakistan as prime enemies. The province of Balochistan and its deep-water port in Gwadar are a major link in China’s Belt and Road Initiative (BRI) network of infrastructure and energy projects stretching to the Middle East and beyond.

The attack on the Chinese is a manifestation of the miserable law and order situation of Pakistan and also of the role played by both insurgents (several Baloch nationalist groups) and terrorists (TTP, Afghan Taliban, Islamic State, A Qaeda, etc). Pakistan in every possible way is a playground for the terrorists, and the state has no authority over these groups. The Baloch people want autonomy and independence, and any intrusive measure by the state is considered completely unacceptable. On the other hand, from the perspective of the federal government, in spite of being a resource-rich province, Balochistan is still considered a wasteland and its people inferior. There is no doubt that the dissimilar perspective of both sides creates instability, violence and death.

Unfortunately, the Chinese have pushed themselves into this mess and are facing the brunt. To specifically address security challenges to the CPEC, the federal government of Pakistan had launched the ‘Special Security Division’, a Pakistan Army-led command, as a response to major concerns over how to protect CPEC and its workforce. In 2021, Ayman Bilal Safdar, Major General of the Pakistani Army, openly mentioned the role of China in crushing the Baloch insurgents for protecting Chinese business interests in Balochistan. Blatantly, Pakistan is taking support of a foreign country to kill its own citizen and at the same time admitting to it. The Chinese in a way have no other option but to ‘invest’ in the Army for the proper functioning of its investments. And resultantly, the Army is taking full advantage of the situation to continue violence and discrimination in Balochistan.

The problem related to the province of Balochistan is multi-layered, having strong elements of mass rebellion, exploitation of natural resources, unemployment, poverty, economic disparity, ethnic repression, etc. Among the four provinces, it is geographically the largest one but, sadly, the least developed in terms of basic human indices. Instead of resolving the popular Balochi grievances, the Pakistan establishment categorises the sub-nationalist movements as militant uprisings and continues to disprove locals their due share.

Furthermore, they are ‘branded’ as outlaws and the government is becoming increasingly brutal and violent towards the entire population of the province. The military is on a mission to exterminate these people and set an apt ‘example’ over their dead bodies. The numerous stories of military-sponsored disappearance of Baloch people within and outside Pakistan have come out in the open in their ugliest of forms. There is no iota of uncertainty that the rebellion or insurgency, as predicted by many, will go on as Baloch’s voice cannot be easily crushed and their sense of pride and dignity can never be undermined.

Both Pakistani and Chinese establishments are trying their best to cripple these people financially, psychologically, and politically. But only time will decide their destiny.