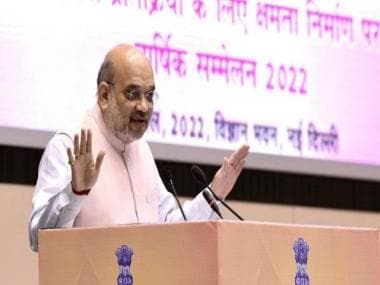 PC Sorcar, a famous magician from the 1930s till the beginning of the 70s, in the days of magic shows and circuses, had a highlight in his act. He kept conjuring what he called ‘The Water of India’. It was a nice unifying sort of gesture because the water was indubitably sourced in India when he performed his Indrajal magic show in-country.

And the water was probably not the same when he took his magic show to Europe, Japan, and other parts. In those instances, Sorcar probably expected the audience to accept that it was the Water of India, not because he had brought it from home, but because it emanated from his hands.

The BJP is essentially a ‘Hindi belt’ phenomenon, though it has won two terms at the Centre and has spread its wings to the North East, plus a solitary outpost in the South in the form of Karnataka. It could be well on its way to all-India domination as well if it resists some of its sillier impulses.

This too has given rise to the Hindi-belt BJP’s fetish for vegetarianism. As if being Hindu is equal to being vegetarian as well as revering the cow. It was however far from any Bengali mind like Mookerjee’s.

Before Air India was sold to the Tatas, it served vegetarian food only, in its latter days as a government-owned entity with the Modi administration at the Centre. That this stance has no takers in BJP-ruled Goa, all the eight states of the BJP ruled or allied North East, let alone in various Opposition-ruled states, has seen this effort come a cropper.

The language, however, remains the hankering of the so-called ‘Cow Belt’. It wants to exalt the status of Hindi over other languages obtained in the subcontinent, and demote English at the same time. This has never sat well with other regions, and probably never will.

‘Will not allow’: DMK hits out at Centre over Hindi ‘imposition’

Both Prime Minister Narendra Modi, who has proclaimed an ever-lengthening motto in his ‘Sabka’ slogan; and loyal lieutenant Home Minister Amit Shah, should desist from stirring this particular Hornet’s nest.

English, the non-frictional via media means of communication for all parts of the Union of India, as spoken and written here, is distinct from its usage elsewhere. The English of the colonial masters, the United Kingdom, is different. As is the one used in America, Australia, South Africa, New Zealand, and many other countries formerly colonised by the British.

Indian English has not only contributed many words to the English dictionary but has developed a rich and varied literature of its own. Characterising Indian English as something other than native is both narrow-minded and inaccurate. English has much greater depth and range than the Hindi used in government communication or on the street. Which is, of course, a far cry from Sanskritised Shudh Hindi, the province of an erudite few.

Besides, English usage makes Indians comprehensible in large parts of the globe, and gives Indians, many with an excellent command of the language, an edge in IT, Engineering, the service industry, and many other disciplines.

Narendra Modi and Amit Shah are both proud Gujaratis themselves. However, it didn’t keep Shah from essaying a confusing exhortation on the usage of Hindi in Sarkari communication recently.

This follows on from a milder attempt made by Shah in 2019, at Hindi Diwas celebrations, when he said, “If there is any language that can tie the whole country in one thread, it is the most spoken language of Hindi.”

That the Gangetic plains are the most highly populated part of India, is the pedestrian reason why so many people actually speak Hindi. But this is conveniently ignored, in this so-called quest for imposed unity: Amit Shah is the Chairman of the Official Languages Committee, but should perhaps resist his innate biases.

Shah said Prime Minister Modi wants more usage of Hindi as opposed to English as the ‘Official Language’. There is no attempt to work through the logic of this move that has angered many people unnecessarily.

At the 37th meeting of the parliamentary Official Language Committee, Shah asserted Hindi was the official ‘Language of India’, implying Indian English, as spoken and written here, was somehow alien. By way of justification, he said that 70 percent of the Union Cabinet’s agenda was prepared in Hindi. He didn’t say that most of the Cabinet may not be very good at English, but the thought is nevertheless implied.

Amit Shah said that Hindi should be accepted as an alternative to English, as opposed to other local languages. This two-tier system with more Hindi instead of English usage, and other languages pushed down the ladder, is only comfortable for Hindi speakers.

To others, it is an aggravating insult. But this did not seem to stop Shah’s initiative. He said the northeastern states, now under the BJP fold, had agreed to make the study of Hindi compulsory till Class 10. Many tribal texts in the region are being rewritten in the Devanagari script.

Hindi is, as it stands, just one of 22 official languages. And most of the states in the Union of India have been organised along linguistic lines. To fly in the face of all this makes little sense. It is likely to promote regional chauvinism rather than unity.

The Opposition quickly labelled this latest attempt as one more effort of ‘Hindi Imperialism’, vowing it will be resisted by non-Hindi speaking states. As expected, West Bengal was quick off the mark with its sharp criticism. This was matched by outrage from most of the southern states, Maharashtra, Odisha and other non-Hindi speaking regions. Political parties other than the BJP were unanimous in their condemnation.

Hindi may be beloved by the top BJP leadership, but the universal Water of India it is not. It is more reminiscent of another of PC Sorcar’s famous magic tricks, called the ‘Floating Lady’. It was a routine featuring the illusion of ‘aerial suspension’. Ordinary fakirs from 19th century India, and even the great Houdini, called it simply, the ‘Indian Rope Trick’.

The writer is a Delhi-based commentator on political and economic affairs. The views expressed are personal.