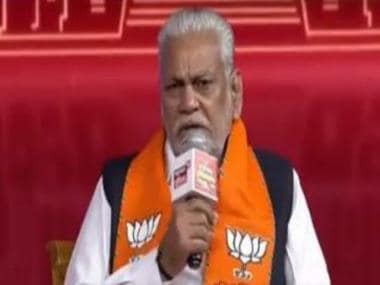 New Delhi: Union Minister Parshottam Rupala on Monday claimed that the Bharatiya Janata Party (BJP) will “register the biggest victory ever in the history of Gujarat” in the upcoming Assembly elections in the state.

Assembly elections will be held in Gujarat in two phases on 1 and 5 December, while the counting of votes will be conducted on 8 December.

The people of Gujarat have become attached to the BJP government and will continue to provide support for the state Assembly elections, he said.

“Victory cannot be achieved in a democracy with the help of fear,” he said.

The senior BJP leader further said that the previous state elections in 2017 was due to a social movement, referring to the Patidar reservation protests. “Now people who spearheaded that movement are saying vote for BJP. This was achieved by the state BJP for which I thank them.”

He added, “To win elections, people’s hearts have to be won”.

The race for Gujarat Assembly elections 2022 is heating up with BJP, Congress and Aam Aadmi Party leaving no stone unturn to win the crucial polls.

In a sharp attack against the Arvind Kejriwal-led Aam Aadmi Party and their promise of the Delhi model in the Gujarat elections, Parshottam Rupala said apart from being the national capital, Delhi is a big corporation. “These people should come and just talk with mayors as that’s the numbers with which they work,” he said.

“Wrong propaganda was done regarding CAA,” he further said.