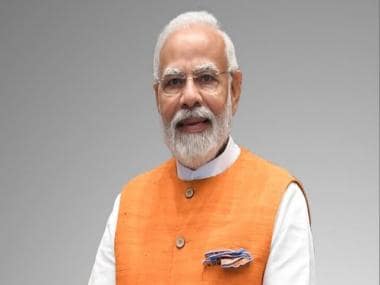 For the unversed, the Roadmap 2030 for India-UK future relations was launched last year.

Warmest congratulations @RishiSunak! As you become UK PM, I look forward to working closely together on global issues, and implementing Roadmap 2030. Special Diwali wishes to the ‘living bridge’ of UK Indians, as we transform our historic ties into a modern partnership.

It is a historic moment as Rishi Sunak becomes Britain’s first Indian-origin prime minister after being elected unopposed as the new leader of the governing Conservative Party on Diwali as Penny Mordaunt withdrew from the race.

The 42-year-old former chancellor, a devout Hindu, is poised to walk through the door of 10 Downing Street in London after an audience with King Charles III in Buckingham Palace, which is likely to be on Tuesday.

Sunak will be the youngest British prime minister in 210 years. His vision for India-UK bilateral ties has gone beyond the opportunity for the UK to sell things in India, wanting Britain to also “learn from India”.

During the campaign in the previous Tory leadership contest, the former investment banker had said he wants to change the UK-India relationship to make it more of a two-way exchange that opens up easy access to UK students and companies in India.

As the third premier in mere seven weeks after Boris Johnson’s partygate exit and Liz Truss’ mini-budget fiasco, the road ahead is anything but smooth for Sunak, who faces the uphill task of rescuing an economy in turmoil and uniting a deeply divided Conservative Party.

Sunak will be moving into 10 Downing Street at a time when Britain is facing a triple whammy of slowing growth, high inflation triggered by spiralling energy prices in the wake of the Ukraine war and a budget shortfall that has eroded its financial credibility internationally.

He will have no option but to raise tax rates and make spending cuts that will be unpopular and may have unforeseen political consequences.

In September, his meteoric rise within the Tory ranks hit new heights as he concluded his spirited run setting his eyes once again on the prime ministership.

Sunak, a Stanford and Oxford University graduate, was elected Member of Parliament from the Tory stronghold of Richmond in Yorkshire in 2015. He quickly rose up the party ranks from junior ministerial posts to Chancellor of the Exchequer.