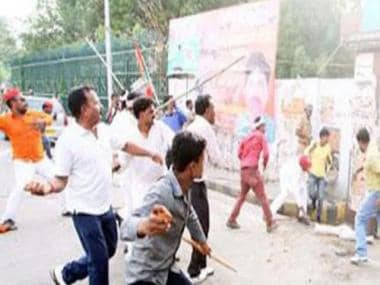 In the latest incident, a Trinamool Congress (TMC) leader was shot during a party function at Thanarpara in the Nadia district of West Bengal. He is currently admitted at the Berhampore Medical College and Hospital.

It is alleged that this incident took place due to factional conflict between the local leaders of the Trinamool Congress (TMC). The police have arrested 3 people including the main accused.

Hasibul Rahman was shot in the leg. Other TMC wokers immediately rescued him and took him to Karimpur Rural Health Center. As his condition was serious, he was shifted to Berhampore Medical College and Hospital during the night. A complaint was filed at Thanarpara police station regarding this incident.

After investigating the incident, the police arrested three people including Saiful Mondal involved in the incident that night. Police also recovered a firearm after searching Saiful Mandal’s house.