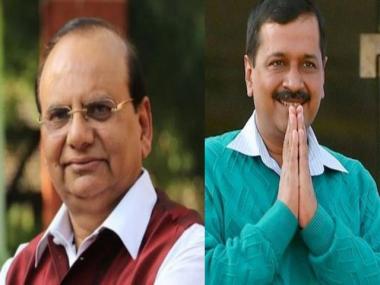 “You were absent from the program at Vijay Ghat and the Dy. Chief Minister, who came there, left the venue without waiting for Hon’ble President to arrive. This is not only highly improper but prima facie amounts to deliberate breach of protocol indicative of disrespect and insult to the Hon’ble President of India – the highest Constitutional Authority of the Republic,” Saxena wrote in his letter to Kejriwal.

On Sunday, Kejriwal held a press conference in Gujarat’s Rajkot. He promised Rs 40 per day for the upkeep of every cow in Gujarat and a shelter home for non-milching cattle in every district of the state if the Aam Aadmi Party (AAP) is voted to power in the poll-bound state.

The AAP national convener also claimed that the ruling Bharatiya Janata Party and opposition Congress have united to “cut into the AAP votes” as according to an “IB report”, his party will form the next government in the state.

He also held a rally in Surendranagar town later in the day.

(With inputs from agencies)