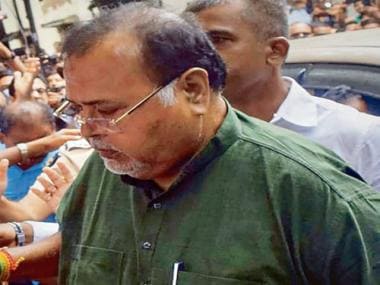 ‘Money is a never-ending problem’ goes the famous saying and it really holds true for West Bengal minister Partha Chatterjee, who was arrested on Saturday by the Enforcement Directorate (ED) in connection with an alleged scam related to the recruitment of teachers in West Bengal.

His arrest came after the ED conducted raids on the premises of Arpita Mukherjee, a close associate of West Bengal minister Partha Chatterjee, and seized Rs 20 crore in cash. The said amount is suspected to be proceeds of crime of said SSC scam.

Chatterjee, the current West Bengal commerce and industries department minister, who was remanded to two-day ED custody by a city court, was shifted to a hospital on Sunday after he complained of uneasiness.

Initially, Chatterjee, who has several health issues, was admitted to the ICCU of the state-run SSKM Hospital. He was later taken to Odisha in an air ambulance by the Enforcement Directorate (ED) and admitted to AIIMS, Bhubaneswar as per direction of the Calcutta High Court.

As he recuperates and the case evolves, we take a closer look at just how rich he is.

Who is Partha Chatterjee?

Partha Chatterjee is a veteran minister in the Mamata Banerjee Cabinet and is also considered third in the Trinamool Congress (TMC) as he holds the post of secretary general, which is considered lower than only the chief minister and her nephew Abhishek Banerjee, the party’s national general secretary.

Many consider Chatterjee, a five-time MLA from the Behala Paschim constituency, to be Mamata’s ‘right-hand man’ as he performs various roles in the party’s organisational structure – from presiding over its district committees to brainstorming strategies for elections.

In 2014, the leader was made the minister of higher and school education of the state – a post he held for seven years until he was replaced by Bratya Basu.

On Saturday, he was arrested for his role in the teacher recruitment scam that took place in the state while he was in charge of education ministry in the state.

It is alleged that Chatterjee provided jobs in exchange for money to those candidates who had obtained lower marks in the exam over those who had cleared the exam on merit.

What the raids revealed

The Enforcement Directorate investigating the teacher recruitment scam raided the premises of Arpita Mukherjee, believed to be an associate of Partha Chatterjee, on Friday.

During the raids, the officials found heaps of cash piled up in a corner — later amounting to Rs 20 crore.

Rs. 20 crore cash recovered by @dir_ed from the residence of Arpita Mukherjee; close aide of WB Education Minister Partha Chatterjee in the SSC scam case.
Sources claim that piles of cash were found inside WB Govt Education Ministry envelopes with
National Emblem printed on them. pic.twitter.com/xLsWQeVzL2

Photos of the house taken during the raid show Rs 2000 and Rs 500 notes that were recovered.

More than 20 mobile phones were also recovered from the premises of Arpita Mukherjee, the purpose and use of which are being ascertained.

According to an Indian Express report, officials also seized more than Rs 50 lakh in foreign currency from from Mukherjee’s flat in Tollygunge in south Kolkata.

Apart from being a well-known face in Bengal politics, Partha Chatterjee is also one of the wealthier politicians in the state. As per his 2021 election affidavit, his total wealth was Rs 1,15,94,863.

Since his arrest, the ED has unearthed many disproportionate assets, including the one from where the cash has been recovered, which he reportedly gifted to Arpita Mukherjee.

In addition to this apartment, it has also been reported that Chatterjee owns three apartments in south Kolkata’s Tollygunge area. One of these apartments is exclusively used only for his dogs.

The veteran TMC leader is a big dog lover and has three of them in one of the houses in Naktala. As per reported information, the air-conditioner is kept running the entire day to keep the dogs cool and Chatterjee has also hired two caretakers, including a woman, to look after his pets.

In fact, the Calcutta High Court had made a mention of Chatterjee’s house that he kept for his dogs earlier in May. Justice Abhijit Gangopadhyay, as per a Hindustan Times Bangla report, had then said: “Do you know that Partha Babu has a flat in Naktala for pet dogs? Let the account of his property be submitted to the court.”

Meanwhile, the Mamata Banerjee-led TMC has called the concerted raids a “ploy” by the Bharatiya Janata Party (BJP) government at the Centre to harass political opponents.

“This raid by ED, a day after the spectacular Martyrs’ Day rally that created ripples all over the country, is nothing but an attempt to harass and intimidate leaders of the TMC,” said Transport Minister and Kolkata Mayor Firhad Hakim.