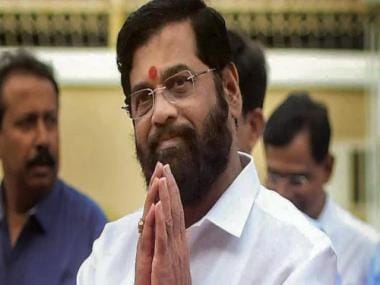 The dramatic chain of events in Maharashtra politics came to an end on Thursday as Shiv Sena rebel Eknath Shinde took oath as Chief Minister of the state with former chief minister Devendra Fadnavis taking the office as his deputy.

A mass leader, who has played a crucial role in strengthening the Shiv Sena in Maharashtra particularly in Thane, Shinde comes from very humble beginnings.

The Shinde family originally belongs to Satara district and moved to Thane in the ’70s when Shinde was just a child, as per Indian Express.

From auto driver to chief minister: The journey of Shiv Sena’s Eknath Shinde

Shinde worked in a brewery and drove an autorickshaw to make ends meet before rising up the Shiv Sena ranks.

Who are the other such politicians that come from humble beginnings, let’s take a look:

His is the first name that pops to mind when thinking of humble beginnings. As per the official information available on pmindia.gov.in, Modi’s inspiring life journey to the Office of Prime Minister began in the by-lanes of Vadnagar, a small town in North Gujarat’s Mehsana district.

Modi’s formative years taught him early tough lessons as he balanced his studies, non-academic life to spare time to work at the family owned tea stall as the family struggled to make ends meet.

Since joining the Rashtriya Swayamsevak Sangh (RSS) in the 1970s, he has only risen through the organisational ranks from working as the National Secretary to becoming the chief minister of Gujarat and then, the Prime Minister of India.

Coming from a poor peasant family in the Gopalganj district’s Phulwaria village, Yadav completed his Bachelors degree in Law and Masters degree in Political Science from the University of Patna. He then worked as a clerk after his graduation in the Bihar Veterinary College in Patna.

Active in student politics, Lalu became the president of Patna University Students’ Union (PUSU) in 1973 and later, joined Jai Prakash Narayan’s Bihar Movement in 1974. During these years, he became close to Janata Party leaders and in the 1977 Lok Sabha elections, he became the youngest MP at the age of 29.

He founded the Rashtriya Janata Dal in 1997 after breaking off from the Janata Dal over the issue of Fodder Scam. He has held prominent posts both in the Parliament and the state legislative assembly.

From 2004 to 2009 he served as the Railway Minister under the Congress-led United Progressive Alliance (UPA) government. He is the former Chief Minister of Bihar, having held the post from 1990 to 1997.

Mayawati studied for her B.A. in 1975 at the Kalindi College, University of Delhi and obtained her LL.B. from the Faculty of Law in 1983. She completed a B.Ed. from Meerut University’s VMLG College, Ghaziabad, in 1976.

It was when she was working as a teacher in Inderpuri JJ Colony, Delhi, and studying for the Indian Administrative Services exams that she was spotted by Dalit leader Kanshi Ram.

When Kanshi Ram asked her what she wanted to do in life, she said she desired to become an IAS officer.
Kanshi Ram retorted that he will ensure that hundreds of IAS officers one day queue up in front of her. She never looked back from that point onward.

Bringing the Congress party back to power in Rajasthan after every BJP term since 1998 isn’t the only magic trick up Chief Minister Ashok Gehlot’s sleeves. Son of Babu Laxman Singh Gehlot, a magician who used to travel around the country to show his magic tricks, Gehlot accompanied his father as his assistant and learned a trick or two of his own.

As per a PTI report, Gehlot has said magic is in his soul. At a conjurors’ convention in 2015 – which he inaugurated by performing a little trick of his own – the veteran told the audience he would have followed his magician father’s footstep had he not joined politics.

He is a science and law graduate, he also holds an MA degree in economics.

Gehlot was first-elected to Parliament in 1980, and went on to win Lok Sabha elections four more times. Since 1999, he has represented the Sardarpura assembly constituency, winning five consecutive terms in the House.

At the Centre, Mr Gehlot has served as a minister of state in the ministries of tourism, civil aviation, sports and textiles, in different stints between 1982 and 1993.

From the humdrum existence as a government clerk and a hardware store owner to becoming the chief minister of Karnataka four times, BS Yeddyurappa has navigated the choppy waters of politics with the consummate ease of a seasoned oarsman, defying tidal waves of adversity.

A hard boiled RSS Swayamsevak, 75-year-old Bookanakere Siddalingappa Yeddyurappa, joined the Hindu right wing organisation when he was barely 15, and cut his political teeth in the Jana Sangh, the BJP’s forerunner, in his hometown Shikaripura in Karnataka’s Shivamogga district.

A Bachelor of Arts, Yeddurappa, who was jailed during the Emergency, worked as a clerk in the social welfare department before taking up a similar job at a rice mill in his native Shikaripura. Later, he set up his own hardware shop in Shivamogga.

Other such politicians include Rajesh Pilot who was a milkman before becoming a pilot in the Indian Air Force and later a Congress leader, Mulayam Singh Yadav was a wrestler as a student, and former defence minister AK Antony worked as an LIC agent.