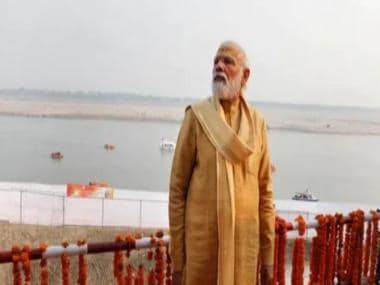 Bharatiya civilisation is among the oldest that still survives. It wonders many as to how this more than 5,000-year-old civilisation has survived and is still a beacon of hope and human values. The primary reason for it being a leading force in the world is that over the millennia, it has evolved its culture on the core values based on humanism and universalism. Like the law of science, Bharatiya culture has evolved ‘laws of life’ which are beyond time and space. These values are applicable to all humans irrespective of time and space. That is why it is known as Sanatani parampara.

If you ask what the core of American culture is, it is the ethos of capitalism and laissez faire. Bharat is primarily a religio-spiritual civilisation. India’s civilisational values do not deny material prosperity and development, and yet material progress is not the end of human success.

Spiritualism is at the core of these values, which find their expressions in Vedantic philosophy, Advaita-Dvaita philosophy, Bhakti movement, etc. These ways of spiritual streams transcending material success have been manifested in arts, painting, worshipping and devotion, with temples being the centre of all these manifestations.

Recently, we have seen the revival of Bharatiya civilisation and cultural values, especially under Prime Minister Narendra Modi. This Sanatani culture has not seen such a revival for eons. The major contours of the revival of Indian culture are as under:

– Cultural revival has been based on the core values of Hindutva and other Bharatiya faiths which is nothing but humanism and universalism.

– This revival has synchronised divergent aspects of Bharatiya culture taking into its ambit various manifestations like Hindutva, Buddhism and Jainism and other religious-cultural values.

– These cultural values have been made of cultural diplomacy. These have been projected at a global level and are globalised.

– At the domestic front, the core values of Hinduness and Bharatiya samskriti and its symbols have been focused and are revived.

– This cultural revival is not done on a closed or secret level. But, this is on an unapologetic, progressive and mission level.

– At the material level, the symbols of Hinduness are being revived both locally and globally. Further, the values are also not only being revived but projected. These cultural centres are being developed so as to develop them as centres of cultural-tourist attraction.

– To a devout Hindu, Char-Dham (four sacred cities of Badrinath, Dwarka, Rameshwaram and Jaganath Puri), Sapt-Puri (seven holy cities Ayodhya, Mathura, Haridwar, Kashi, Kanti, Awantika, Dwarka) and 12 Jyotirlingas (12 cities of Lord Shiva including Kedarnath and Kashi) are hailed sacrosanct where he aspires to visit once in his lifetime. Kashi Vishwanath Corridor Project, Ram Mandir Temple Reconstruction, Mathura-Vrindavan Revival, Umiyadham Temple in Gujarat, temples in the south and many more centres have been revived. All-weather Char-Dham road is near completion. Ramayana-Circuit dotting all the spots visited by Lord Rama has been revived.

– Projection of Bharatiya culture world over has been done. PM Modi offers the Bhagavad Gita to foreign heads of states. Whenever he goes to any foreign land, he ensures that the lost heritage which has been either stolen or forcibly taken away is brought back. It includes many artifacts, sculptures of deities and other manifestations of art and culture.

– Further, Bharatiya culture is projected as soft power at the international level. He has revived the ancient cultural roots with Nepal, Japan and other South-East Asian countries underlying the Buddhist cultural values. Wherever and whenever he goes to any foreign land, the first connection he revives is the common cultural values.

– PM Modi has globalised yoga, making 21 June as the International Yoga Day. Ayurveda, which is India’s gift to the world, is being globalised on a war-front.

– One can see PM Modi showcasing Bharatiya cultural centres to the visiting foreign dignitaries with pride and confidence. No one can forget his picture of doing a Ganga aarti at the Dashashwamedh Ghat in Varanasi.

– He is also seen to be correcting the blunders committed by previous regimes and those with vested interests, leading to Bharatiya culture being shown in bad light — be it in the academia or history textbooks. Real facts have been made part of research. Bharatiya cultural literature is being digitised.

In the last eight years of governance, PM Modi has emerged as the brand ambassador of Bharatiya culture and civilisation.

The writer is an independent columnist. Views expressed are personal.