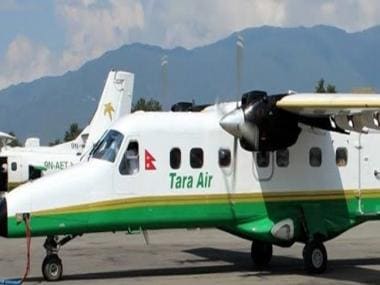 A Tara Air’s 9 NAET twin-engine aircraft carrying 22 passengers, flying from Pokhara to Jomsom, has lost contact in Nepal with the airport authorities on Sunday morning.

The Twin Otter aircraft took off from the western town of Pokhara but soon lost contact with air traffic control.

He said there were 19 passengers on board and three crew members.

The Nepalese plane, which had four Indian passengers, lost its contact at 9:55am, reports ANI.

The missing aircraft was hosting 4 Indian and 3 Japanese nationals. The remaining were Nepali citizens & the aircraft had 22 passengers including the crew, said the State Television.

“The aircraft was seen over the sky of Jomsom in Mustang district and then had diverted to Mount Dhaulagiri after which it hadn’t come into contact,” chief district officer Netra Prasad Sharma told ANI.

But he said visibility was low.

“The bad weather is likely to hamper the search operation. The visibility is so poor that nothing can be seen,” Pokharel said.

“A Nepali Army Mi-17 helicopter has recently left for Lete, Mustang, which is the suspected crashed region of the missing Tara Air aircraft,” said spokesperson of the Nepali Army Narayan Silwal.