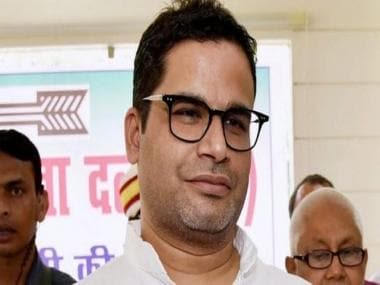 Prashant Kishor, who recently denied offer to join Congress, on Monday hinted at entering politics in Bihar. In a tweet, the election strategist, revealed what his next move is and also divulged his roadmap on completing a decade of helping “shape pro-people policy”.

“My quest to be a meaningful participant in democracy and help shape pro-people policy led to a 10-year rollercoaster ride! As I turn the page, time to go to the Real Masters, THE PEOPLE, to better understand the issues and the path to Peoples Good Governance.”

In a tweet he also wrote that he started from Bihar and revealed that he had chosen the state to end his sabbatical.

My quest to be a meaningful participant in democracy & help shape pro-people policy led to a 10yr rollercoaster ride!

As I turn the page, time to go to the Real Masters, THE PEOPLE,to better understand the issues & the path to “जन सुराज”-Peoples Good Governance

The election strategist is currently in Patna, capital of Bihar, for two days and has also launched an initiative called ‘Baat Bihar Ki’ to understand the mood of the state.

Notably, it is Kishor’s maiden visit to Bihar after the West Bengal assembly polls.

For the unversed, Kishor had earlier worked for JD-U in the Bihar assembly election 2015.

On 26 April, Kishor put an end to days of political suspense announcing that he is not joining the Congress as part of its empowered action group (EAG).

He said, “I declined the generous offer of #congress to join the party as part of the EAG & take responsibility for the elections. In my humble opinion, more than me the party needs leadership and collective will to fix the deep rooted structural problems through transformational reforms.”

It was in May 2021, Kishor had his first round of talks with Congress and had met with party president Sonia Gandhi. A month later, he had given her a presentation on how to transform the party. In July 2021, Rahul Gandhi and his sister Priyanka Gandhi Vadra also met Kishor in New Delhi.