The Congress continues to keep the suspense going on election strategist Prashant Kishor’s entry into the party. On Monday, it announced the formation of an ‘empowered action group’ for 2024 to address political challenges ahead.

There has been a strong buzz for weeks now that the election strategist would join the Grand Old Party and rejuvenate it before the 2024 general elections.

As the speculations continue over the poll consultant’s entry into the Congress, let’s take a look at Prashant Kishor’s career — his successes and his failures.

Since 2014, Prashant Kishor’s name has become synonymous with elections; in many cases, he’s been called the kingmaker.

In 2013, Prashant Kishor began the Citizens for Accountable Governance (CAG). It was from this that the Indian Political Action Committee (I-PAC) was born and today, this firm has been credited with ideating and implementing strategies that have helped several political parties — from the Bharatiya Janata Party (BJP) to the Trinamool Congress (TMC) — secure wins at elections.

It was 2014 that propelled Kishor into the limelight after he created the election campaign group CAG that helped the BJP win the 2014 Lok Sabha election with an absolute majority.

From creating innovative advertising campaigns for Prime Minister Narendra Modi, such as Chai pe Charcha, 3D rallies, Run for Unity, Manthan, and other social media programmes to making a brand for himself, Kishor’s success in 2014 was a text book with all things right for any political strategist.

Nilanjan Mukhopadhyay, author of Narendra Modi: The Man, The Times said Kishor was one of the most important people in Modi’s team driving strategies for months before 2014 elections.

Kishor, however, fell out with the BJP.

In 2015, the election strategist, who reportedly rarely watches news on TV, doesn’t read newspapers, doesn’t write emails, or take notes, and hasn’t used a laptop in a decade, returned to his home in Bihar and joined hands with Nitish Kumar.

It was also here that CAG transformed itself into I-PAC.

As per reports, it was Kishor’s I-PAC that was behind the idea of a cycle carrying the message of the Nitish Kumar’s seven commitments, with the slogan “Nitish ke Nishchay: vikas ki guarantee” (Nitish’s vow: development guaranteed).

The consultancy firm was also behind the key message — ‘Phir ek baar, Nitish Kumar’. The I-PAC team also went to 40,000 villages in Bihar and found out more about their problems. They used the information they had collected and drafted their campaign, which eventually led to Nitish Kumar winning his third term as chief minister.

With this win, Prashant Kishor became known as the man who delivers every single time.

Kishor eventually joined the party in 2018 and was named as Nitish’s advisor for planning and program implementation.

However, his political stint was short-lived, as he fell out with Nitish over the JD(U)’s decision to support the Modi government’s Citizenship Amendment Act, and was eventually expelled from the JD(U) for being openly critical of the party. 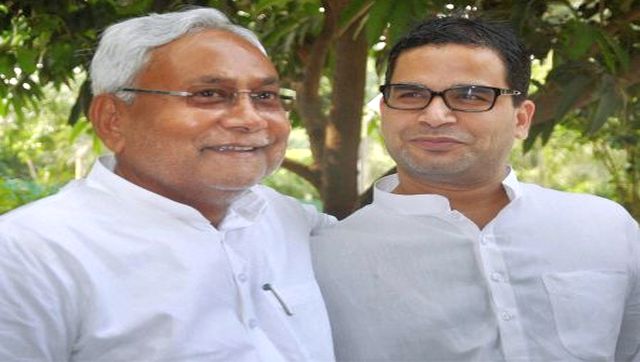 In 2017, he was roped in for the Punjab Assembly elections by the Congress. As per a News18 report, Kishor was asked to put the spotlight on Captain Amarinder Singh to deflect public attention from the controversial remarks being made in public by Punjab Congress leaders who were unhappy with Singh’s elevation following his threat to quit the party.

Kishor came up with the “Coffee with Captain”and “Punjab Da Captain” campaigns, making Singh a household name. It was I-PAC that also organised the Kisan Yatras in which Captain Amarinder Singh carried out rallies in distressed areas of Moga, Faridkot, Bhatinda, Muktsar and Firozpur.

His strategies worked and Amarinder stormed to power, winning 77 of the 117 seats in the Assembly.

Singh openly credited Kishor for the win, tweeting, “As I have said many times before, PK & his team and their work was absolutely critical to our victory in Punjab!”

Fully endorse this! As I have said many times before, PK & his team and their work was absolutely critical to our victory in Punjab! https://t.co/QtzoHdjPx6

The 2017 Uttar Pradesh election would be the one major black spot on Prashant Kishor’s stellar performance. His client, the Congress, only won seven seats, while the BJP and its allies won more than 300 seats.

The poll strategist made one disastrous call after another — from declaring Sheila Dikshit as the chief ministerial face to overusing Rahul Gandhi.

Hindustan Times reported that Kishor found it difficult to implement all his ideas in the grand old party.

In an interview to Arnab Goswami’s Republic TV in 2018, the pollster said that during the Uttar Pradesh campaign a lot had to do with decisions taken by the Congress high-command during the course of the campaign.

Putting the 2017 Congress Uttar Pradesh debacle behind, Prashant Kishor then took on YS Jaganmohan Reddy as his client for the 2019 Andhra Pradesh elections.

He designed and executed a series of electoral campaigns for the YSR Congress — ‘Samara Sankharavam’, ‘Anna Pilupu’, and the ‘Praja Sankalpa Yatra’.

Under the guidance of Prashant Kishor, Jagan Reddy carried out a 3,648-km-long padayatra over 341 days.

His strategies worked and the Jagan-led party achieved a thumping 151/175 seat win. 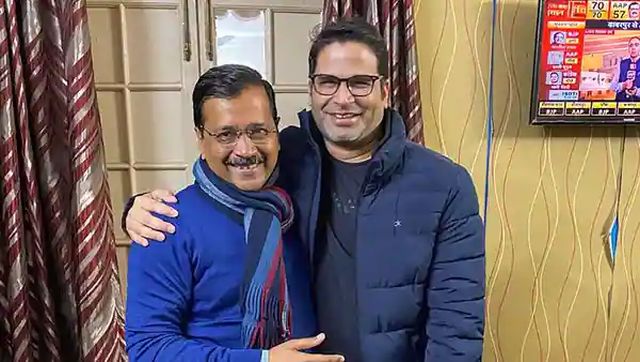 He signed on with Arvind Kejriwal at a time when he was sacked by his political mentor, Nitish Kumar.

As per an NDTV report, Kishor offered only piece of advice to Kejriwal ahead of the polls: drop the confrontationist attitude and rebrand as the development man.

To achieve that, Kejriwal focused on the delivery of promises like CCTVs and free bus rides.

Prashant Kishor’s ideas once again hit a note with the public and the AAP won a phenomenal victory of 62 seats in a 70-member Assembly.

The previous year of 2021 was perhaps Prashant Kishor’s most successful one. His two clients —¬ Mamata Banerjee’s TMC and MK Stalin’s Dravida Munnetra Kazagham — both won their respective state elections.

In West Bengal, the TMC used the I-PAC not only for devising electoral strategies and perception building activities but also for its own organisational consolidation, restructuring and expansion.

Mamata’s campaign in the state had Kishor’s fingerprints all over it. There were the people-centric schemes like Didi-ke-Bolo, to Duare-Sarkar.

It was also Kishor’s idea to build on the insider-versus-outsider narrative when BJP leaders from Delhi started talking about Bengal’s cultural icons, said The Print in one of its reports.

Such was his contribution to the TMC that Lok Sabha MP Sougata Roy told The Print, “Prashant Kishor set the Trinamool Congress house in order and leveraged Mamata Banerjee’s popularity among the people.”

One would have assumed that Kishor would have continued to ride the wave of success. However, it was after these two mammoth victories that the strategist announced, “I do not want to continue what I am doing. I have done enough. Time for me to take a break and do something else in life. I want to quit this space.”

TMC fizzes out in Goa

The TMC’s hope to extend its winning streak from Bengal to Goa came to nought when the party drew a blank in the coastal state.

While the TMC entered the fray with a big bang — inducting former Goa chief minister Luizinho Faleiro and tennis legend Leander Paes into its fold, and with the slogan Goenchi Navi Sakal (New Dawn for Goa), it all fizzled out at the ballot.

One TMC member was later quoted as telling the Times of India that Prashant Kishor was to blame for the loss. “The party’s poor performance is because Prashant Kishor botched things up.”

It seems you can’t keep politics away from Prashant Kishor as he is all set to be joining hands with the Congress. But will he take the plunge? And if he does, will he be able to spin his magic with the party that is struggling to stay afloat? Only time will tell.