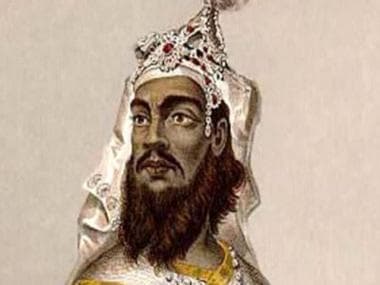 The Bharatiya Janata Party (BJP) is planning a grand event in Bihar on 23 April to mark the birth anniversary of freedom fighter Veer Kunwar Singh. Union Home Minister Amit Shah will attend the programme, which is part of Azadi ka Amrit Mahotsav, an initiative by the Centre to celebrate 75 years of independence.

Veer Kunwar Singh played a key role in the 1857 uprising against the British East India Company.

Belonging to a family of the Ujjainiya clan of the Parmar Rajputs of Jagdishpur, Kunwar Singh led the fight against the British in Bihar. He was nearly 80 and his health was failing but that did not stop him from joining the fight for freedom.

An expert in the art of guerilla warfare, his tactics left the British puzzled, according to the Amrit Mahotsav website.

Kunwar Singh was assisted by both his brother Babu Amar Singh and commander-in-chief Hare Krishna Singh. Some argue that the latter was the reason behind Kunwar Singh’s initial military success, the website says.

In 2018, to mark the 160th death anniversary of Kunwar Singh, the Bihar government put up his statue at Hardinge Park and officially renamed it Veer Kunwar Singh Azadi Park.

The party has planned a grand celebration that will bring together people from 12 districts to Jagdishpur, a town in Bihar’s Bhojpur. Jagdishpur is the birthplace of Kunwar Singh. The event will see a collective waving of more than 75,000 national flags with an eye on the Guinness Book of World Records.

The waving of more than 75,000 flags could become a world record, beating the one held by Pakistan which waved 57,000 national flags once, according to state BJP leaders, reports The Indian Express.

Amit Shah will attend the programme in Jagdishpur and pay tribute to the freedom fighter. The event is being organised under the ongoing Azadi ka Amrit Mahotsav to make the young generation aware of the heroic deeds of Kunwar Singh.

“Home Minister Amit Shah is coming to Bihar and there will be a big programme in Jagdishpur, Ara. It is non-political… The coming generation will be informed about the sacrifice of Veer Kunwar Singh, a freedom fighter,” BJP state president state Sanjay Jaiswal told ANI.

However, the plan to keep the event apolitical is thwarted already.

What political parties have to say

The event to mark Veer Kunwar Singh’s birth anniversary was earlier organised by the state government. However, this time the Centre has stepped in and the political parties in Bihar are not too pleased.

The Rashtriya Janata Dal (RJD) has called the waving of the flags “an overdose of nationalism”. The freedom fighter, it said, belongs to each Bihari and Indian, reports The Indian Express.

“No political party should try to usurp the legacy of Veer Kunwar Singh. There must not be an attempt to confine him to a particular caste and even as a mascot of nationalism,” RJD spokesperson Mrityunjay Tewari told the newspaper.

The Janata Dal (United), which is an ally with the BJP, has not openly slammed the Centre. A leader told The Indian Express that it was a great honour that a big event was organised to commemorate Kunwar Singh but the party was not “very convinced about the need to make it a show of national flags”.