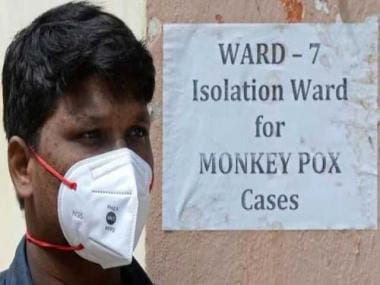 Monkeypox is a rare disease that is a kind of infection caused by the Monkeypox virus which belongs to the same family of viruses as variola virus, the virus that causes smallpox. The virus has been named monkeypox because initially it was detected in a monkey. But people should know that although the symptoms of monkeypox are like smallpox symptoms, but it is comparatively milder and Monkeypox is rarely fatal. Monkeypox is not at all related to chickenpox.

Recently, World Health Organisation (WHO) has declared Monkeypox a “public health emergency of international concern”. As per WHO and UN data, the number of confirmed infections has risen almost 77 per cent from late June through early July.

With nearly 17,000 reported cases of Monkeypox worldwide, the need of the hour is to raise awareness about the disease with true facts. There are some social media posts that have claimed that the ‘shingles’ is the side effect of the COVID vaccine. Now, people are concerned about whether COVID vaccines are playing a role in the spread of the disease since social media is flooded with speculations that the chimpanzee adenovirus vector used in AstraZeneca’s Covid vaccine is responsible for the outbreak of Monkeypox. The social media posts claiming COVID vaccines are helping to spread Monkeypox do not have any scientific explanation behind it. There are a few symptoms that might be similar in cases of shingles and Monkeypox, but these two diseases are not caused by the same virus.

Apart from Covaxin, which is an inactivated vaccine, manufactured by Bharat Biotech, the Oxford-AstraZeneca, Covishield, Sputnik V, and Johnson & Johnson COVID-19 vaccines are all viral vector vaccines that use different adenoviruses as the delivery system or vector. Adenoviral vector is one of the most efficient protections against infectious diseases. There are both human adenoviruses and chimpanzee adenoviruses.

The AstraZeneca vaccine uses a chimpanzee adenovirus vector called ChAdOx1 in its formula, and Covishield also uses a chimpanzee adenovirus (AZD1222 or ChAdOx1). The Russian Sputnik V vaccine has used two different human adenovirus vectors, known as Ad26 and Ad5. The vectors which are being used in these vaccines, play the role of a carrier. It helps to carry the vaccine component into human cells, and it does not contribute to developing any infection itself.

By now, people should realise that COVID is far more contagious in nature compared to Monkeypox – only 5 deaths are reported worldwide due to Monkeypox. But as we have seen three waves of COVID have resulted in more than 60 lakhs deaths. So, it is more important for the world’s population to get jabbed with the COVID 19 vaccines without any more doubts about their efficacy.

Covishield showed the effectiveness of nearly 90 per cent, Covaxin has an effectiveness of about 80% and Sputnik V has shown almost 97 per cent efficacy against COVID-19 so without hesitation and further delay, people should prioritize taking two doses of COVID vaccines and the booster shots as well due to a recent surge in COVID cases in some parts of the country.