Glioblastoma is the most common malignant brain tumor manifesting with a highly aggressive clinical course which is invariably lethal. The incidence varies from 3.19 to 4.17 per 100,000 population as per various studies, affecting adults more than the paediatric population.

Though reported across different age groups, international studies have proposed a median age of 64 years. The disease peaks almost a decade earlier in the Indian population which is likely to be due to a larger proportion of younger people in India and a lower overall life expectancy. Men are more commonly affected than women and show a rapidly worsening clinical course. This is linked to testosterone which aids in tumor progression while estrogen in women plays a protective role.  Survival is extremely dismal with most patients succumbing to the illness in one-two years interval despite multimodality treatment. 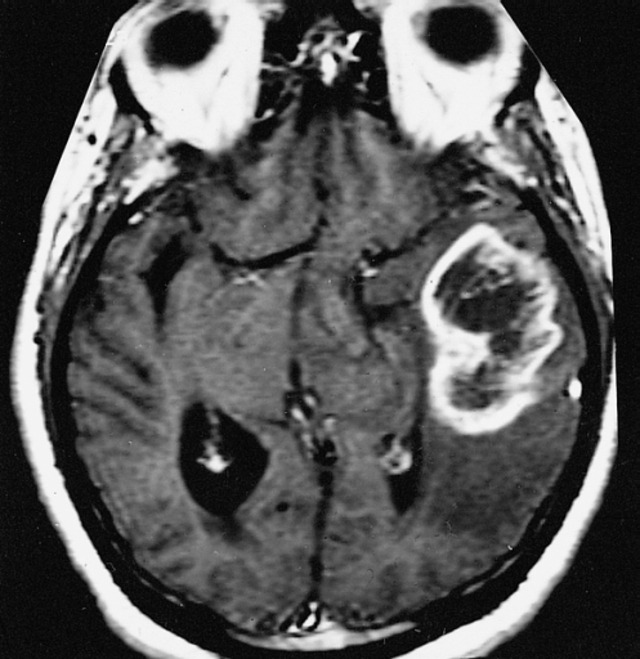 Glioblastomas can arise de novo as primary malignant tumors or present as secondary progression in a previously low-grade malignant glioma. These most commonly involve the frontal and temporal lobes with increased incidence seen in patients previously exposed to radiation or having impaired immune response. Hereditary cancer syndromes like Li-Fraumeni and Lynch syndrome are also associated with exponentially increased susceptibility.

Clinical presentation varies depending on the area of brain involved but the most common symptoms include persistent headaches, vomiting, visual disturbances like double vision and blurring, speech difficulties, changes in mood and behaviour and an overall deterioration in cognitive and memory functions.

Seeking medical attention early is imperative, since the tumor is highly expeditious in its ability to infiltrate the surrounding normal brain tissue causing rapid deterioration. Initial diagnosis is not a challenge in most cases with pathognomic findings on radiology and histopathology. Further molecular tests for confirming histopathological diagnosis, prognostication of tumor and identifying treatment targets are mandatory with the most commonly implicated alterations being mutations/variations involving genes like IDH, MGMT, EGFR, PTEN, TERT, TP53, WT1, 7p (gain) and 10q (loss), H3F3A, ATRX, GATA4 and fusions involving FGFR and NTRK.

The treatment revolves around maximal safe resection of the tumor practicing caution to preserve as much normal surrounding brain tissue as possible, for proper neurological functions. Since the cancer margins are cuffed by migrating cells which infiltrate the normal surrounding brain, it is impossible to completely excise the mass.

This is thus, followed by adjuvant radiotherapy, and concurrent chemotherapy with a drug called Temozolomide, both of which aim to kill the remaining cancer cells and prevent recurrence.

Treatment of Glioblastomas is extremely challenging due to localisation of the tumor and hindrance to drug delivery caused by blood-brain barrier and disruption of blood supply along with peritumoral edema.  Also the tumor itself is made of heterogenous molecular signatures, further contributing to its complexity and resistance to standard therapy.

One glance at this journey of patients and caregivers is enough to give you an insight into the Herculean courage and resilience that both show against a fate where the odds are not in favour.

The treatment is extremely taxing, met with numerous debilitating side effects and insufficient at this juncture to provide a cure. The aim still is to prolong productive life by as much time as possible.

Given the low incidence, short survival, cognitive debilitation of patients and the overall turmoil to the family, collection of data for a prospective study is extremely difficult. This has resulted in relatively lesser research and industry interest when compared to other more prevalent cancers. But last few years have seen a change in this scenario due to the rising incidence and insightful recognition of the need to support the battle against this lethal enemy.  The complex and baleful clinical course demands an urgent collective focus on research for newer, more efficacious targets and a cure, if possible.

In US, a bipartisan group of senators came together in 2019 to commemorate the courage of those who lost the battle against this menace. The proposition was all the more personal especially after losing senators like John McCain, Ted Kennedy and Beau Biden, all of who succumbed to Glioblastoma.  The cause was supported by the National Brain Tumor Society, which spearheaded the inaugural event on 17 July, 2019 to support the survivors and their loved ones, to remember those who lost their lives, and to honour those who are working tirelessly to find an effective cure for this devastating illness. Thus was born, the Glioblastoma Awareness Day which is celebrated on the third Wednesday of July. Primarily a cause which originated in US, it resonates the exigency of finding a potent and viable treatment for this lethal disease.

This year, the Glioblastoma Awareness Day will shine light on all these aspects on 20 July, 2022. The need to support the ones afflicted, to remember the ones who fought valiantly but are no longer with us, to create awareness about Glioblastoma at large and for diligent and detailed research aimed at finding a cure stays pivotal and necessitates a more global involvement in our endeavour to triumph against this notorious, life threatening illness.