Adar Poonawalla, the CEO of Serum Institute of India, wrote on Twitter, “For the first time there will be an Indian HPV vaccine to treat cervical cancer in women that is both affordable and accessible.” He said that the vaccine would be launched later this year.

For the first time there will be an Indian HPV vaccine to treat cervical cancer in women that is both affordable and accessible. We look forward to launching it later this year and we thank the #DCGI @MoHFW_INDIA for granting approval today.

The vaccine trials started in September 2018 in 12 sites across India. SII’s director of government and regulatory Affairs Prakash Kumar Singh applied to the DCGI for market authorisation of the vaccine on 8 June after the phase two and three clinical trials were completed with the support of the Department of Biotechnology.

He wrote in the application that currently, India was fully dependent on foreign manufacturers for the HPV vaccine. “…it has always been our endeavour to make available high-quality “Made in India” vaccines at an affordable price for people of our country and world at large,” Singh said.

According to the World Health Organization (WHO), human papillomavirus (HPV) is the most common viral infection of the reproductive tract. Most sexually active women and men will be infected at some point in their lives, and some may be repeatedly infected. More than 90 per cent of the infected populations eventually clear the infection.

Cervical cancer is by far the most common HPV-related disease. A majority of this type of cancer – more than 95 per cent – is caused because of HPV.

What is cervical cancer?

Cervical cancer is a type of cancer that occurs in the cells of the cervix — the lower part of the uterus that connects to the vagina.

How common is cervical cancer?

It is the fourth most common cause of cancer among women in the world. It led to an estimated 6,04,000 new cases and 3,42,000 deaths in 2020, according to WHO. About 90 per cent of the new cases and deaths globally in 2020 occurred in low- and middle-income countries.

The highest estimated incidence rates for cervical cancer are in sub-Saharan Africa, Melanesia, Latin America and the Caribbean, south-central Asia and southeast Asia, according to India’s National Health Portal set up by the Ministry of Health and Welfare.

How many women does it affect in India?

In India, cervical cancer is the second-most common cancer, especially among women between 15 and 44 years of age. Every year 12,28,44 women are diagnosed with cervical cancer and 67,477 die from the disease, according to figures from 2012, says NHP. 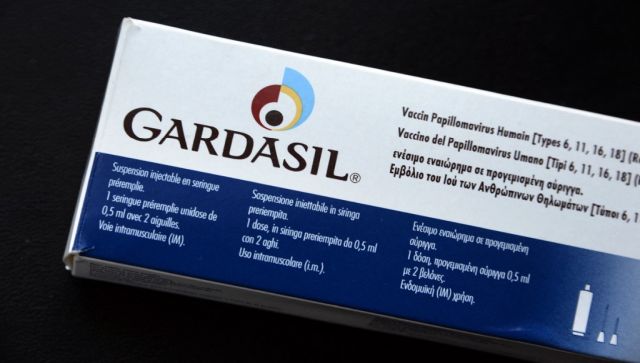 How can the HPV vaccine help?

According to the Centres for Disease Control and Prevention (CDC), America’s public health agency, the HPV vaccine has the potential to prevent more than 90 per cent of HPV-attributable cancers. All preteens need HPV vaccination, so they are protected from HPV infections that can cause cancer later in life.

It recommends that the first dose be routinely given at ages 11 to 12. The vaccination can be started at the age of nine.

Some adults aged 27 through 45 years who are not already vaccinated may decide to get HPV vaccine after speaking with their doctor about their risk for new HPV infections and the possible benefits of vaccination for them, the CDC says.

In the United States, Gardasil-9 (9vHPV) is distributed since late 2016.

In the United Kingdom, girls and boys aged 12 to 13 years are routinely offered the first HPV vaccination when they’re in school, in Year 8. The second dose is offered six to 24 months later, says the country’s National Health Service (NHS).

What about the effectiveness of the Indian vaccine?

In the application to the DCGI, Singh is learnt to have stated that the qHPV vaccine Cervavac has demonstrated a robust antibody response that is nearly 1,000 times higher than the baseline against all targeted HPV types and in all doses and age groups.

Dr Soumya Swaminathan, the chief scientist at WHO, told The Indian Express that Cervavac is good news. “It will be great to see this vaccine being rolled out in the national HPV vaccination strategies in India and globally. We have a real opportunity to eliminate cervical cancer which causes a lot of death and suffering worldwide among women.”