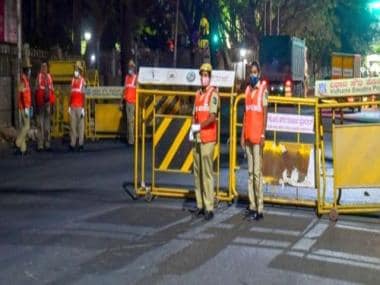 The Basavaraj Bommai-led government in Karnataka has announced that it is lifting the weekend curfew with immediate effect.

However, night restrictions (10 pm-5 am), which were earlier imposed, will continue as part of efforts to fight the spread of coronavirus.

The weekend curfew will be lifted with immediate effect. If the number of cases (hospital admission ) increases, we will bring back the weekend curfew: R Ashok, Karnataka Revenue Minister

Earlier, the Karnataka chief minister had said that a decision on the restrictions would be taken on a ‘scientific basis’.

“We will take into consideration how the third wave has unfolded and its future consequences. It’s impact on health infrastructure in the coming days to arrive at a decision. We will also discuss the action taken so far and the existing situation and decision would be taken on a scientific basis,” he was quoted as saying earlier.

In early January, the state government had announced strict COVID-19 restrictions in an attempt to curb the spread of the virus.

According to the order, night curfew was imposed from 10 pm to 5 am. Moreover, a weekend curfew was also imposed. The order added that pubs, restaurants, clubs, hotels, bars, would be allowed to run with 50 percent seating capacity and strict adherence to COVID-19 SOPs. Only fully vaccinated people will be allowed on the premises.