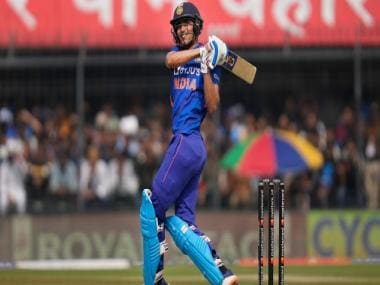 India defeated New Zealand in the third ODI in Indore and swept them in a three-match series, whitewashing back-to-back opponents in ODIs.

While Rohit Sharma returned back to century ways, Shubman Gill continued his purple patch with yet another century after already hitting a double ton in the first ODI.

While the top order was brilliant throughout the series, the middle order struggled to get going. The bowlers, on the contrary, were up to the mark except for in the first ODI when Michael Bracewell gave serious scars to the Men-in-Blue.

From white-washing Sri Lanka in ODIs earlier this month to clean-sweeping the #BlackCaps similarly, this has been an absolute cracker of a start to 2023. Congratulations #TeamIndia on becoming the No. 1 ICC Men’s ODI Team! @BCCI #INDvNZ pic.twitter.com/ykihUcdoXJ

India broke several records while winning the series, while the Kiwis as well pitched in with a couple of records –

One – India moved to the number one position in the ICC ODI rankings toppling the current table toppers New Zealand after whitewashing them in the series. New Zealand have now slipped to the fourth position behind Australia and England.

2 – India whitewashed their opponents in back-to-back ODI series for only the second time in the history of the format. The earlier instance was as recent as 2022 when India whitewashed West Indies and Zimbabwe.

7.03 – India scored at 7.03 runs per over throughout the series. This was their second-highest scoring rate in their ODI history, the highest being 7.10 against England in 2017. Interestingly, the third highest is 6.85 against Sri Lanka.

2 of the top-3 are in this month itself.#INDvNZ

30 – India skipper Rohit Sharma hit his 30th ODI ton and equaled Australian legend Ricky Ponting for the number of ODI centuries. He is also joint third among the all-time ODI century scorers. The first two positions are also held by Indians – Sachin Tendulkar with 49 tons and Virat Kohli with 49 tons.

71 – Devon Conway scored the second-fastest century for New Zealand against India in ODIs, reaching the milestone in 71 deliveries. The first is Michael Bracewell’s carnage in the first ODI wherein he reached his century in 57 balls.