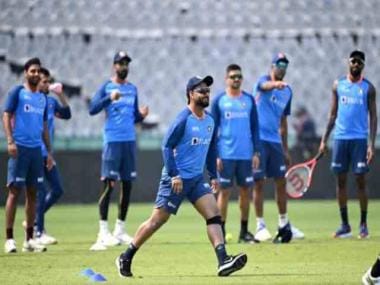 The debate over choosing either Dinesh Karthik or Rishabh Pant in the XI in India’s T20 World Cup campaign continues with Karthik having the edge over his young teammate heading into the opening clash against Pakistan on Sunday.

Batting legend Sunil Gavaskar said Pant’s inclusion in the XI depended on the number of bowlers captain Rohit Sharma and head coach Rahul Dravid and the rest of the leadership group would be going with.

“It’s just that maybe, if they decide to go with six bowlers, with Hardik Pandya being the sixth bowler, then he (Pant) may not be able to find a place, but if they decide to go with Hardik Pandya as a fifth bowler, then Rishabh Pant has an opportunity to bat at number six and Karthik maybe at number seven, followed by the four bowlers. So, that could well happen, we just have to wait and see,” Gavaskar said according to a release shared by Star Sports.

The cricketer-turned-commentator though added that the pinch-hitting abilities of the two will also be taken into account when it comes to deciding India’s middle-order. Karthik, in particular, has impressed with his ability to smash the ball out of the park from the word go and help his team end their innings on a flourish with fiery cameos.

“They would certainly want a left-hander in the middle, but looking at the top four, who are in such good form, you sometimes say to yourself, ‘How many overs Rishabh Pant is going to get in? Is he going to get three or four overs? And for three or four overs, is Karthik or Rishabh better?’ So, these are all the situations they will look at and they’ll take a call on this,” Gavaskar added.