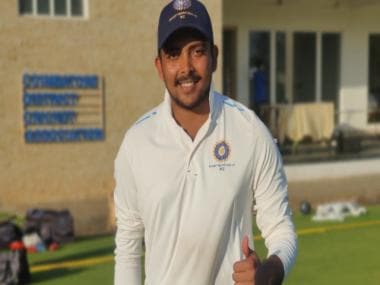 There have been some stunning individual performance during the competition. We now take a look at some of the players to watch out for in the final.

Playing for South Zone in Duleep Trophy 2022, Mayank Agarwal put up a good show in the semi-final match against North Zone. The right-handed batter scored 49 in the first innings and followed it with 64 in the second. Mayank along with Rohan Kunnummal has provided the side with a couple of good starts as the two batters scored more than 100 runs in both the innings for the first wicket in the semi-final clash. South Zone eventually posted some big totals on the board. They scored 630/8 (D) in the first innings while 316/4 (D) in the second innings.

South Zone captain Hanuma Vihari led from the front and notched up 134 in the first innings for the side. The right-hander didn’t come out to bat in the second. While he was among runs in the first innings, Vihari’s captaincy helped the side snap a big win the semi-final match against North Zone. Later, Vihari used the spinners quite well and especially Sai Kishore who scalped a total of 10 wickets in the match.

Prithvi Shaw who is a part of the West Zone side in Duleep Trophy 2022 has been in sublime form as he has already scored a couple of tons in the tournament and also has a 60 to his name. Moreover, the right-handed batter has been scoring runs at a brisk pace and has the ability to dominate any kind of bowling attack. In fact, his 142 against Central Zone came in just 140 deliveries which included 15 fours and four maximums. If Shaw continues to bat in that manner, the South Zone bowlers can face some hard time in the middle.

West Zone’s Rahul Tripathi is another player to watch out for in the final. Tripathi hasn’t had a big score to his name in the tournament so far but the right-handed batter is an important name in West Zone batting unit. He has the ability to stay at the crease for a long duration and provide the resistance from one end as and when required.

Spinner Sai Kishore was on a roll against North Zone while playing for South Zone in the semi-final match. The left-arm spinner scalped 7 wickets in the first innings and followed it with a three-fer in the second as South Zone bundled out the opponents for 207 and 94 in first and second innings respectively.

Shams Mulani showed his class during the semi-final match against Central Zone while playing for West Zone. He first chipped in with an important 41 in the first innings and then picked up a fifer in the second innings to help his side win the match and march ahead.