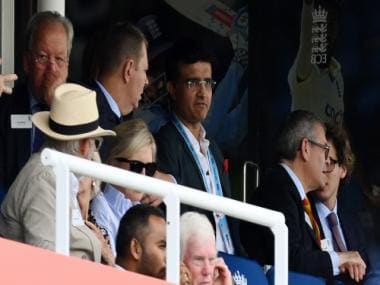 Sourav Ganguly and Jay Shah are all set to continue as BCCI president and secretary respectively for another term as the Supreme Court on Wednesday allowed the BCCI to wave off its mandatory cooling-off period. As per its current constitution, a BCCI or any state association office bearer shall not be eligible to contest an election for a consecutive term without completing a cooling-off period of three years.

However, the new amendment accepted by the Supreme Court, benched by Justices DY Chandrachud and Hima Kohli, allows an office bearer to serve as a BCCI member for two terms despite serving two terms with a state body.

This means both Ganguly and Shah are eligible to serve BCCI for six years at a stretch while a cricket official can stretch up to 12 years (six of them with the state association first).

The bench said that an office bearer can serve on a particular post for two consecutive terms, both at the BCCI and the State Association level, after which he would have to serve three years cooling-off period.

“The purpose of the cooling-off period is not to create undesirable monopolies”, the bench said.

The top court’s order came on the Board’s plea seeking to amend its constitution concerning the tenure of its office bearers including its President Sourav Ganguly and Secretary Jay Shah by doing away with the mandatory cooling-off period between tenures of office bearers across state cricket associations and the BCCI.

The BCCI, in its proposed amendment, has sought the abolition of a cooling-off period for its office bearers which would enable Ganguly and Shah to continue in office as president and secretary despite them having completed six years at respective state cricket associations.

Earlier, the Justice RM Lodha-led committee had recommended reforms in the BCCI which have been accepted by the top court.

The constitution of the BCCI, which was earlier approved by the top court, stipulates a mandatory three-year cooling-off period for anyone who had served two consecutive terms of three years each in the state cricket association or the BCCI.