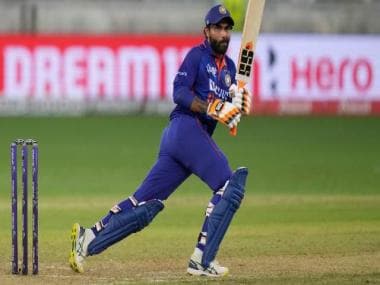 Ace Indian all-rounder Ravindra Jadeja has been ruled out of the ongoing Asia Cup after sustaining a right knee injury.

In a bid to have a like-for-like replacement, the BCCI All-India senior selection committee has named Axar Patel as Jadeja’s replacement.

“The All-India Senior Selection Committee has named Axar Patel as the replacement for Ravindra Jadeja in the ongoing Asia Cup. Ravindra Jadeja has sustained a right knee injury and is ruled out of the tournament. He is currently under the supervision of the BCCI medical team,” the BCCI press release stated.

Axar Patel was earlier named as one of the standbys in the squad and now will join the team in Dubai soon.

Jadeja was pivotal in the match against Pakistan ending as the joint highest run-scorer with 35 runs. Jadeja proved his worth as an all-rounder and picked up a wicket and also inculcated a direct hit run-out against Hong Kong.

India is scheduled to play on 4 September, and Pakistan is highly anticipated to be the opponent for Sunday’s match.