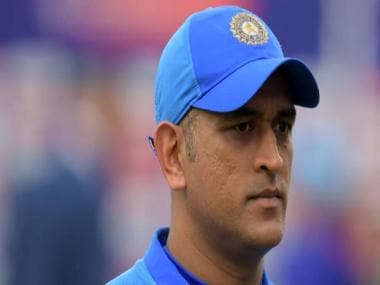 As for cricket fans, the date also marks a rather poignant moment; Monday, after all, marks two years since 2011 World Cup-winning captain MS Dhoni announced his retirement from international cricket, taking the nation and to a great extent, the world, by surprise by his announcement that came from out of nowhere.

“Thanks a lot for ur love and support throughout.from 1929 hrs consider me as Retired,” is what Dhoni wrote in a post on his official Instagram account. The retirement post was accompanied by a video highlighting moments from his storied career to the tune of Mukesh’s popular track Main Pal Do Pal Ka Shair Hoon from the Amitabh Bachchan-starrer Kabhie Kabhie.

Dhoni, who had retired from Tests midway during the 2014-15 tour of Australia after 90 appearances in the format, last played for India in the 2019 ICC World Cup semi-final against New Zealand. More than a year had passed that India’s heartbreaking loss in that game and both fans and experts were speculating about Dhoni’s future with the Indian team. ‘Captain Cool’ ended up choosing the 73rd Independence Day to make the announcement that would end all such speculations. Of course, Indian cricket fans would have to deal with two major retirements that day, and not just one as Dhoni’s India and long-time Chennai Super Kings (CSK) teammate Suresh Raina too decided to call it a day in international cricket after representing India in 18 Tests, 226 ODIs and 78 T20Is. “With a lot of mixed feelings I’m able to make this announcement of my retirement,” Raina wrote in an Instagram post not long after Dhoni’s announcement.

While their international careers have come to an end, both players remain active cricketers as far as the Indian Premier League (IPL) is concerned, with Dhoni still leading CSK. Raina, however, went unsold in the IPL 2022 mega auction, and it remains to be seen if he gets picked up by any of the franchises in next year’s edition.