The knockout stage of the 2022 Ranji Trophy is almost upon us, with quarter-finals taking place simultaneously at various venues across the state of Karnataka starting Monday.

The premier domestic competition in Indian cricket returns to action this week after a two-month hiatus during which the 15th edition of the Indian Premier League took place.

The Ranji Trophy would normally take place during the course of the Indian home season in winter — starting December and concluding in March. 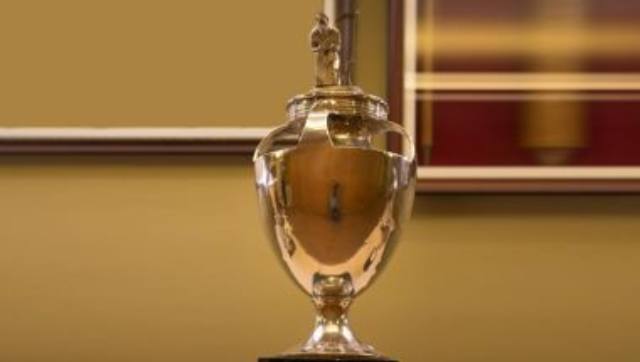 While the Ranji Trophy had shelved last year due to the coronavirus pandemic, it returned to action in February this year with the BCCI opting to divide it into two phases.

The final round of group matches concluded on 6 March while the pre-quarter-final to determine the eighth quarter-finalist took place between 12 to 16 March with Jharkhand holding Nagaland to a high-scoring draw and qualifying for the next stage.

The quarter-finals take place over the course of the next five days, with the semi-finals then taking place starting 14 June. The final will be played at Bengaluru’s iconic M Chinnaswamy Stadium later this month between 22 to 26 June.

Read: Teams, squads, fixtures, match timings and all you need to know about knockouts

With defending champions Saurashtra having bowed out already after finishing second in Elite Group D behind Mumbai, the trophy is set for a change of hands this year.

Before the games get underway on Monday morning, here’s a quick look at the four matches taking place:

Bengal are the only team so far to have won all three games in the group stage, having hammered Chandigarh by 152 runs in their last outing after posting wins over Baroda and Hyderabad.

They will be missing out on wicketkeeper-batter Wriddhiman Saha’s services in the knockouts, with the latter stating he is “not willing” to represent his native state following differences with Cricket Association of Bengal.

They start favourites against Jharkhand, a side that posted scores of 880 and 417/6 in the pre-quarter-final against Nagaland and ended up posting a lead worth 1,008 runs — the highest-ever in First-Class cricket.

Mumbai will be hoping to add a 42nd title to their overcrowded cabinet, having last won the premier competition back in 2016. Led by India opener Prithvi Shaw, the powerhouses of Indian cricket will start solid favourites against Uttarakhand.

Mumbai were held to a draw by Saurashtra in Ahmedabad and since then, it was a rat race between the two sides for the qualifier spot, which the side ultimately clinched with an innings and 109-run win over Odisha.

Uttarakhand, on the other end, are coming off an eight-wicket loss against Andhra in their final group game, and will hope to shake that defeat off and start afresh come Monday. They are led by Jay Bista, who will be squaring off against his former side.

The most successful side in the Ranji Trophy after Mumbai with eight titles to their name, Karnataka too have been without a title for quite some time now, having not won the prestigious tournament since back-to-back titles in 2014 and 2015.

They will be led by Punjab Kings captain Mayank Agarwal and also boast of other top names such as Manish Pandey, Devdutt Padikkal and Karun Nair. A key name missing out though is seamer Prasidh Krishna, who will be part of the upcoming T20I series against South Africa.

They’re up against Uttar Pradesh, a side stacked with players who shone in the recent IPL — from KKR’s Rinku Singh to Yash Dayal and Mohsin Khan, who had a fantastic run for IPL debutants GT and LSG respectively.

Elite Group F toppers Punjab will be missing out on left-arm seamer Arshdeep Singh’s services given Singh, much like Karnataka’s Krishna, will be busy in the South Africa series. Punjab started off with a draw against Himachal Pradesh, but managed to scrape through in the end after convincing victories over neighbours Haryana and Tripura.

They’re up against Madhya Pradesh, coached by the iconic Chandrakant Pandit — who had coached Vidarbha to back-to-back titles towards the fag end of the previous decade and also masterminded the last of Mumbai’s 41 titles in the 2015-16 season.

Among the key players to watch out for in the MP squad is one Rajat Patidar, who has had a stellar run for the Royal Challengers Bangalore, especially in the playoffs.