Mumbai Indians (MI) may well be on their way out at the end of the league stage of Indian Premier League (IPL) 2022, but with a five-wicket victory on Thursday they ensured Chennai Super Kings (CSK) will be joining them in bowing out of the playoffs race.

The 59th match of the 15th season was a must-win affair for MS Dhoni and Co. who have had a rocky journey so far this season plagued with injuries and a mid-season change of captain. Mumbai, on the other hand, had little to lose after having already been eliminated from the playoffs race, and would’ve hoped to sign off on a high by remaining their winning games.

The Chennai batting department, though, collapsed in the face of a spectacular bowling display from Mumbai on a spicy Wankhede track as the four-time winners were bundled out for a paltry 97 by the five-time champions, their second-lowest IPL total ever and only the second time they failed to reach the 100-run mark in the competition.

Mumbai, in reply, got off to a rocky start too, and at one point were reduced to 33/4, thanks to a sensational opening spell from find-of-the-season Mukesh Choudhary. N Tilak Varma, who has cut a consistent figure for Mumbai in his debut IPL season, then came to the rescue as he built a match-saving 48-run stand with Hrithik Shokeen.

The finishing touches were then applied by all-rounder Tim David. Mumbai won with more than five overs to spare and made it one-all as their head-to-head record against their arch-rivals this season was concerned.

Let us take a look at some of the key takeaways from the 59th match of the season:

What a season this is turning out to be for Daniel Sams. The left-arm Australian quick produced another magical over after the heart-stopping final over against Gujarat Titans, this time ripping out two CSK top-order wickets in the very first over of the evening and finishing with match-winning figures of 3/16, even if one of the dismissals was a contentious LBW call that got Devon Conway out for a duck when DRS wasn’t available due to bizarre reasons. 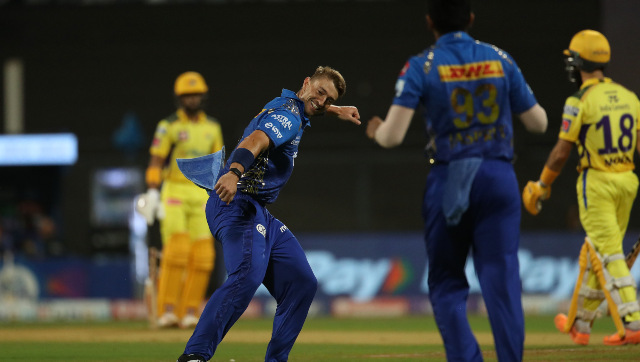 Mumbai will be eagerly waiting for Jofra Archer to make his debut in the blue-and-gold jersey next year, but with the kind of performances Sams is dishing out at the moment, it will be hard to replace him in the MI bowing unit, especially when he’s proving a potent partner to pace spearhead Jasprit Bumrah and also bringing in variety of his left-arm seam into the picture.

CSK wonderkid Mukesh Choudhary is having a hell of a debut season and the heart the left-arm seamer from Rajasthan showed despite the ‘Yellow Army’ having less than a hundred runs to defend will have impressed the team management even further and given them genuine hope for the future.

Choudhary proved just as effective as Sams on a Wankhede surface that had plenty in it for the seamers, and took three of the four wickets Mumbai lost in the powerplay that made it look like the match was heading for a low-scoring thriller.

One wonders the kind of effect he will have on opposition batters when he pairs up with a fully-fit Deepak Chahar next season. Chennai no doubt have a star in the making provided they are able to take good care of him.

Much like Choudhary for CSK, N Tilak Varma is having a season to remember, and has been one of the standout performers for the five-time champions in an otherwise disappointing season along with Suryakumar Yadav. 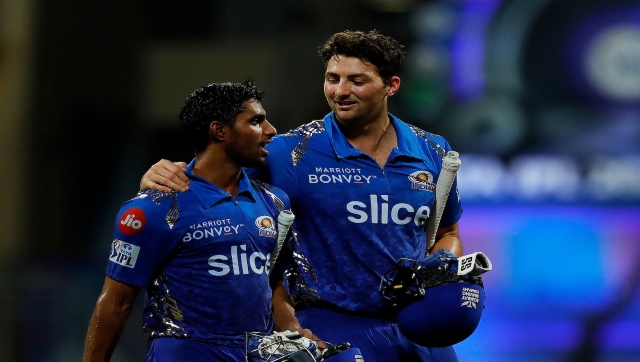 But with the middle-order batter ruled out for the remainder of the season, the onus fell on Varma to steer the side to safety, and boy did was he calm-headed in his unbeaten 34 that ensured Mumbai knocked Chennai out of the playoffs race.

Dhoni’s still got it

MS Dhoni might not have enjoyed the best of run this year as captain (or even as an unofficial mentor when the role was being handled by Ravindra Jadeja), but as a batter he sure has turned back the clock with a few vintage performances this season, the latest of which was his unbeaten 36 against Mumbai on Thursday. 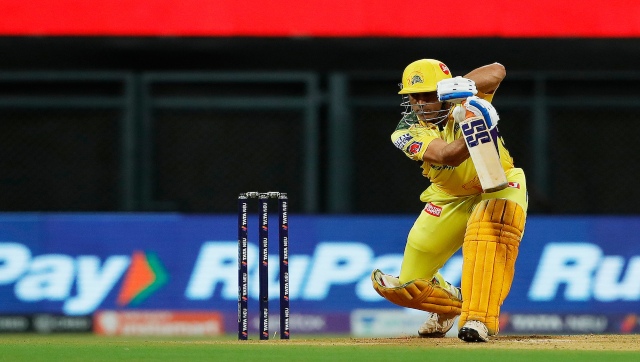 By the time Dhoni arrived at the crease, Chennai had already lost five wickets inside the powerplay — the most by any side this season — and were struggling to even cross the 100-mark. Dhoni, though, was beginning to fight back with a useful partnership with all-rounder Dwayne Bravo, mixing caution with aggression as he smashed four fours and two maximums during his 33-ball stay at the crease.

Dhoni could’ve taken CSK to a total in the range of 120-130, something that would’ve given the bowling unit a lot more confidence against a collapse-prone MI batting lineup. Unfortunately, he ran out of partners in the end.

The clean hitting, though, suggested that he still is in good nick, and still has a lot to offer with the willow at least.

The Power cut and DRS saga

Did the power failure at the Wankhede Stadium really play a role in CSK’s elimination from the playoffs race? Some section of CSK fans will certainly think so, even if the players themselves might acknowledge the fact that they were treated to a stellar bowling display from MI and that a wicket was always round the corner when facing Sams, Bumrah and Meredith, all of whom were on song.

Still, the power failure and the subsequent unavailability of the DRS during Devon Conway’s contentious LBW dismissal off Sams’ bowling in the second ball of the evening is something that simply has no place in an elite competition such as the IPL. It did create an unfair advantage for MI as the DRS was available throughout their innings, as compared to Chennai’s in which it was only made available after they lost their third wicket in the second over.