“I know what this job takes, and I know that I no longer have enough in the tank to do it justice. It’s that simple.”

With these words, 42-year-old Jacinda Ardern announced her decision to step down as New Zealand’s prime minister after serving for almost six years in the office. The leader, who made history by becoming the youngest ever prime minister of the country, said the decision to stand down came during a reflective summer and with an election looming this October, she saw no need to prolong her departure. “I had hoped that I would find what I needed to carry on over that period. But unfortunately, I haven’t, and I would be doing a disservice to New Zealand to continue,” she said with choked back tears.

Looking to exit by 7 February, Ardern steered New Zealand through turmoil; the COVID-19 pandemic and the consequent recession, the Christchurch mosque shooting and the White Island volcanic eruption.

Ardern, speaking to the media said that her time in office had been the “most fulfilling” of her life, but leading the country during “crisis” had been difficult. “These events… have been taxing because of the weight, the sheer weight and continual nature of them. There’s never really been a moment where it’s ever felt like we were just governing.”

In her concluding statement, she added that she now looked forward to spending time with her family — her husband Clarke Timothy Gayford and their four-year-old daughter Neve. “Arguably, they are the ones that have sacrificed the most out of all of us.”

While she may not have mentioned the word burnout, it is all but evident that the soon-to-be retired prime minister was alluding to it. Professor Sir Cary Cooper, who just published a book, Burnout In The Workplace, said to SkyNews: “She said ‘the tank is empty’ – that’s burnout. It’s unfortunate we don’t get enough of people saying that who are in leadership. Instead, they carry on and carry on, or when they do leave they give some other excuse.”

But what is burnout? How does it affect the body? Who suffers from it? Here’s what we know.

What is a burnout?

In 2019, the World Health Organization defined burnout as an occupational phenomenon. It is not classified as a medical condition.

The world health agency said that burnout is a syndrome conceptualised as resulting from chronic workplace stress that has not been successfully managed. Health experts point out that it is very important to note that stress and burnout are two very different conditions.

Some studies have shown that stress can help boost a person’s motivation, improving their mental performance in the short run. However, there’s nothing positive about a burnout. As mental health trainer Tania Diggory explained to MedicalNewsToday, “The difference between burnout and work related stress is the point at which it becomes a serious health issue. High volumes of stress over a long period of time can lead to exhaustion and, therefore, burnout.”

The three symptoms to identify this phenomenon are: feelings of energy depletion or exhaustion, increased mental distance from job, including negativity or cynicism and reduced sense of professional competence.

Psychologists and mental health experts report that most people who suffer from a burnout typically equate it with a cold — believing that one day of rest will make everything better. However, that’s not the case. 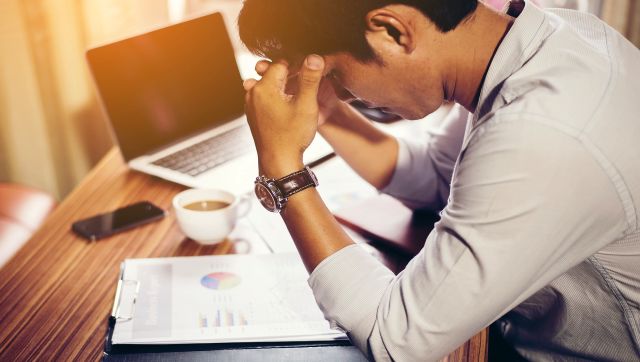 Left untreated, burnout can cause people to become depressed, anxious, and distracted, which can impact not only their work relationships, but their personal interactions, too. When stress reaches an all-time high, it’s harder to regulate emotions like sadness, anger, and guilt, which may result in panic attacks, anger outbursts, and substance use.

The term burnout earned prominence in the 1970s by American psychologist Herbert Freudenberger. In 1974, he published a paper titled Staff Burn-Out in an academic journal. In the paper, Freudenberger asked, “Who is prone to burn-out?” His answer: “The dedicated and the committed.”

While his analysis of burnout was unscientific, it did lay the groundwork for further studies on the condition and put the focus on the phenomenon, which is rampant across the world today.

In Jacinda Ardern’s case, the burnout could have been because of the demanding nature of her job as well as dealing with the negativity she had to encounter. Some experts say that the sustained attacks on her character, the threats against her life must have contributed to Ardern’s decision to step down. As Neale Jones, political commentator and Ardern’s former chief of staff, told CNN, “I think that something that’s put pressure on, but I think she was quite clear that she just ran out of ran out of juice in the tank.

“She was exhausted from doing a job that was probably more intense than any job a New Zealand prime minister has done since the World War II.”

This could very well be the case as Ardern’s decision to impose one of the lengthiest COVID-lockdowns led to violent protests in March last year, with protesters setting fire to property outside the Parliament. She also received an increased number of death threats — up from 32 to 50 in 2021.

Furthermore, she constantly had to contend with gender criticism. Lara Greaves, political scientist at the University of Auckland was quoted as telling CNN, “Coverage of Ardern has long adopted a misogynistic tone. So people will kind of make fun of her appearance like people do with politicians and criticise her in a quite gendered way.”

What are the signs of a burnout?

Burnout doesn’t happen immediately. It’s a gradual process that builds with stressors from your job. Signs and symptoms can be subtle at first. But the longer they go unaddressed, the worse they can become, which can lead to a breakdown.

When experiencing a burnout, your body will often display certain signs. Some of them are gastrointestinal problems, high blood pressure, poor immune function (getting sick often) and recurring headaches.

Mentally, symptoms of a person suffering from a burnout are exhaustion — feeling drained and unable emotionally to deal with problems, both professional and personal. One could also start to distance themselves emotionally, feeling numb about the work and environment. Lastly, a person suffering from a burnout would have no energy for everyday tasks, making it hard for them to concentrate or handle any responsibility.

How big a problem is it?

While some may argue that burnout is a rare phenomenon and only limited to the middle and richer class, this assumption is wrong.

Work burnout is a pervasive trend across the world — with COVID-19 and work from home making the situation even worse. Data collated by Gallup in 2022 revealed that a third of all United States workers always or very often feel burned-out at work. Data from Glassdoor, where employees anonymously review the companies they work for, showed mentions of burnout are up more than 40 per cent in 2022 compared with 2019.

Moreover, Microsoft’s 2022 Work Trend Index stated that 48 per cent of employees and 53 per cent of managers globally reported that they were burned out at work in 2022. 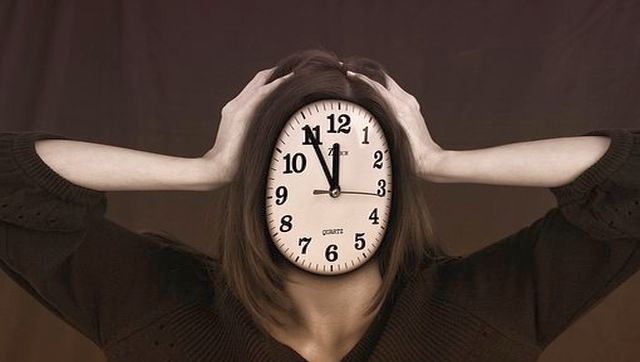 In India too, employees complained of burnout. A McKinsey report said as many as 38 per cent of Indian employees reported burnout in the previous year — much higher than their US or UK counterparts. Even in Japan which is known for its strong work ethic, the percentage of employees who reported burnout was at 31 per cent – much lower than that in India.

The McKinsey report said that in most cases, the reason for burnout was toxic workplaces.

A Deloitte report from last year showed that the problem of burnouts is even more significant for women. The report said that 53 per cent of women say their stress levels are higher than they were a year ago, and almost half feel burned out. This burnout is a top factor driving women away from their employers: nearly 40 per cent of women actively looking for a new employer cited it as the main reason. More than half of those surveyed want to leave their employer in the next two years, and only 10 per cent plan to stay with their current employer for more than five years.

Moreover, the report revealed that 43 per cent of women shared that they do not feel comfortable discussing burnout at work, which makes the problem particularly difficult to solve.

Research and studies showed that work from home further compounded the problem — with more people complaining of feeling burnt-out. Lisa Orbé-Austin, a psychologist and executive coach in New York City, explained it succinctly to USToday, “Gone is the daily commute — and that built-in time to think about the day ahead or decompress on the way home. Now, it’s a matter of going from the bed to the couch and back again. People are dreaming about work and feel like they’re never letting it go. It’s a continuous exposure to work.”

Moreover, remote working means less interaction with colleagues and that too contributes to feeling a burnout. A report titled The Wellbeing-Engagement Paradox of 2020 by Gallup found changes in patterns of employees’ engagement and burnout. Typically, higher employee engagement results in less burnout and increased productivity and satisfaction.

Who else has spoken out about it?

While Jacinda Ardern may be the first world leader to allude to a burnout as a reason for her stepping down, she isn’t the only one big name who has suffered from it. However, she has been praised by experts for normalising the phenomenon with Professor Cooper telling SkyNews the impact of Ardern’s candour would be “very positive”: “When you get people in a position of influence, in senior roles, saying something it has a more profound change on other people being prepared to open up themselves.”

US gymnast Simon Biles alluded to feeling burnt out when she withdrew from a number of finals at the Tokyo 2020 Olympics, despite being expected to equal her record-breaking medal tally from four years earlier. Biles said she had “freaked out in a high-stress situation” and had withdrawn to “focus on my well-being. There is more to life than just gymnastics.” 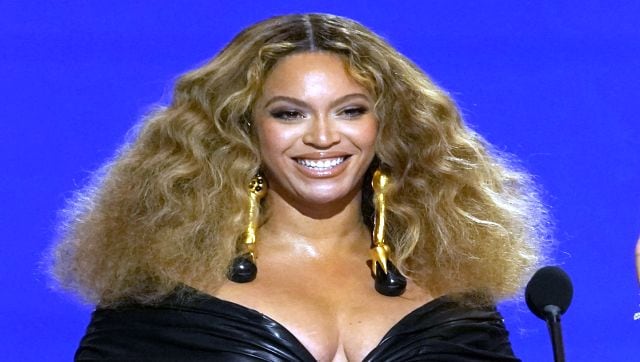 The Queen of Pop, Beyonce, too has opened up about multiple experiences with burnout over the years. She’s cancelled shows due to exhaustion, and in 2011 she took a year off of work for her mental well-being. She shared with The Sun, “It was beginning to get fuzzy ― I couldn’t even tell which day or which city I was at. I would sit there at ceremonies and they would give me an award and I was just thinking about the next performance.”

Sandra Bullock, Hollywood’s Miss Congeniality, said she was taking a break from acting in 2022. “I’m so burnt out. I’m so tired, and I’m so not capable of making healthy, smart decisions,” she told the Hollywood Reporter, adding, “It was like opening up a fridge all the time and looking for something that was never in the fridge.”