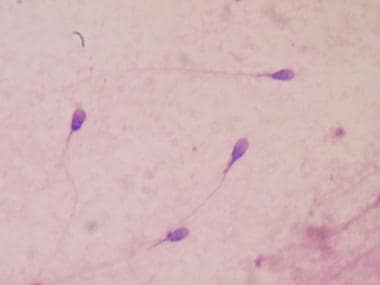 Threat to human reproduction looms large as new research has revealed a global trend of declining sperm count among men.

The study published in the journal called Human Reproduction Update and conducted by researchers at Mount Sinai Medical Centre, the University of Copenhagen and the Hebrew University of Jerusalem found that a decline in sperm concentration was found in regions across South America, Africa, Asia, Europe, North America and Australia.

A similar study conducted in 2017 by the same group of researchers found that sperm concentration had more than halved in the last 40 years. However, that research had a few shortcomings including a lack of data from other parts of the world.

The latest study has collected data from 53 countries, according to The Guardian.

In terms of declining sperm count, India is no different. Professor Hagai Levine from the Hebrew University of Jerusalem told PTI, “India is part of this larger trend. In India, due to the availability of good data (including 23 estimates in our study, one of the countries with the richest data), we have more certainty that there is a strong and sustainable decline, but it’s similar globally.”

There is no decline in sperm count.
If there is a decline, it’s not important.
If the decline is important, we can do nothing about it. #dontlookdown#DontLookUp @WHO @UN https://t.co/VZgqCFjdn6

Let’s take a closer look at what the research found.

What has the research revealed?

The research suggests that between 1973 and 2011 the average sperm concentration has fallen from an estimated 101.2 million per ml to 49.0 million per ml. Meanwhile, the total sperm counts declined by 62.3 per cent during the same period.

The cause for concern has increased manifold with the latest study as from the looks of it, the rate of decline appears to be increasing. The data which has been collected from all continents in the world since 1972 shows that sperm count declined by 1.16 per cent per year. On the other hand, looking at data that has been collected since 200, the decline has been 2.64 per cent per year.

For Shanna Swan, an author of the study as well as a leading reproductive epidemiologist, the results of the study could mean trouble. In the coming decades, more and more men can become sub-fertile or infertile.

Hagai Levine is surprised by the fact that the rate of decline was accelerating rather than slowing down. He said, “Is there a tipping point, that once you cross, you get an even worse situation? That’s something to really pay attention to.”

Why is it a cause of concern?

Medical studies indicate that a sperm count below 40 million per ml can compromise fertility. Although the new study suggests that currently, the estimate is above this threshold, Levine noted that this is a mean figure, meaning the percentage of men below this threshold will have increased by now.

The phenomenon of having a low sperm count is called oligozoospermia.

“Such a decline clearly represents a decline in the capacity of the population to reproduce,” said Levine.

According to National Health Survey, low sperm count can make it difficult for people to conceive naturally, however, it’s still possible to get pregnant.

In addition to this, couples may have to depend on assisted reproduction techniques like in vitro fertilisation (IVF), hormone treatment pr intracytoplasmic sperm injection (ICSI), a technique where sperm is directly injected into an egg.

Other symptoms of low sperm count can also include problems with sexual function like low sex drive, pain, swelling or a lump in the testicle area and decreased facial or body hair.

Low sperm count can be a result of a variety of factors. Endocrine-disrupting chemicals as well as environmental factors might play a role in affecting sperm count.

Other factors like smoking, drinking, obesity and poor diet also have the ability to influence sperm counts.

Moreover, both Swan and Levine have also blamed climate change for this. They said climate-related stressors like fluctuations in temperature and heat waves are all linked to decreasing the quality of sperm.

How to protect reproductive health?

Once the exact cause of lower sperm count can be determined, researchers are hopeful that scientists and policymakers might be able to the downward trend.

Dr Swan said that lifestyle changes are possible since a sharp drop in cigarette smoking in the past 50 years proves as evidence to the same. “Any large-scale adoption of healthier habits, like better diets and more physical activity, can help improve reproductive health.”

Besides this, other lifestyle changes like choosing organic, pesticide-free produce and staying away from certain plastics and chemical products can help a person to stay away from endocrine-disrupting chemicals.

However, tackling the problem would require much more research, said Swan. She said that better infrastructure to track sperm count, similar to what US Centre for Disease Control and Prevention has to track obesity, is the need of the hour.

Levine said, “Once humankind defines a problem and puts our resources and mind into it, we find solutions that we could not have thought about when we started. It’s always theoretically reversible.”