Comparing the recent remarks by Modi to those when he lauded now-former Congress leader Ghulam Nabi Azad in Parliament, Pilot, addressing media at his residence in Jaipur today (2 November), said these statements “should not be taken lightly”.

What did Prime Minister say about Ashok Gehlot? What remarks was Pilot referring to that Modi made for Azad? After maintaining silence, why has Pilot spoken out against Gehlot now? We explain.

Attending a public event at Mangarh Dham in Rajasthan’s Banswara on Tuesday (1 November), the prime minister, who shared a stage with Gehlot, recalled the days when he and the Congress veteran worked together as chief ministers.

Speaking at the event, Gehlot said Modi gets respect in the world because he is the prime minister of Mahatma Gandhi’s country where the “roots of democracy are deep and strong”.

“When Modi goes abroad, he gets so much respect. Why he gets the respect, he gets the respect because Modi is the prime minister of a country that is the country of Gandhi, roots of democracy are deeper and even after 70 years, democracy is alive. People know this and give respect,” the Rajasthan chief minister was quoted as saying by PTI.

In February last year, Modi had bid a teary farewell to then Leader of the Opposition in the Rajya Sabha Ghulam Nabi Azad.

Heaping praises on the then Congress leader, Prime Minister said it would be difficult for Azad’s successor in the Rajya Sabha to match his footsteps as he had “set very high standards as an MP and as the Leader of the Opposition”.

“Do not feel like you are no longer in the House. My doors are always open for you. I will need your suggestions. I will not let you retire,” Modi had said to Azad, as per TOI. 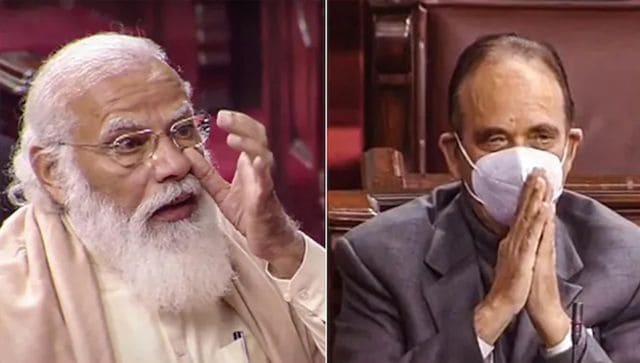 “Power comes and goes but (only a few know) how to digest it…therefore like a friend, I respect him on the basis of the things he has done over these years,” the prime minister added.

He said Modi is someone who “doesn’t hide his true self” and remains proud of his humble beginnings.

“I am from a village and feel proud about it. Even our prime minister hails from a village and very proudly says that he was a nobody — that he used to wash utensils and sell tea. We are political rivals, but I appreciate the fact that he is true to his roots. I like a lot of things about many leaders and he is one of them,” Azad was quoted as saying by TOI.

“Those who hide their true selves are living in a bubble,” he had stated.

After quitting the Congress party in August this year, Azad had once again exalted the prime minister while lambasting the grand old party.

“I assumed that Modi sahab was a crude man as he did not have children or his own family … and would not care but at least he has shown humanity,” he had said referring to the 2007 terror attack in Jammu and Kashmir on a bus carrying tourists from Gujarat.

Remembering the incident during Azad’s retirement, Modi, who was the chief minister of Gujarat in 2007, said it was the then J&K chief minister Azad who had first called him all teared up.

Prime Minister also said Azad had taken care of the pilgrims from Gujarat “as they were like his own family members”.

Talking to reporters at his residence, Pilot has asked the Congress top brass to end the “climate of indecision in Rajasthan”. His remarks gain significance as Rajasthan will go to polls in barely a year and this is being seen as Pilot’s new attempt to take over as Chief Minister, as per NDTV.

The former deputy chief minister has also called for action against the Rajasthan MLAs who in September rebelled against the party by boycotting the Congress Legislature Party (CLP) meeting. 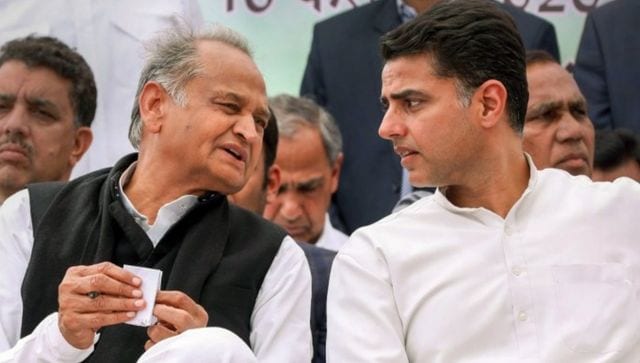 In a show of strength, at least 80 MLAs had submitted their resignation to Rajasthan Assembly speaker CP Joshi on 25 September, which are pending with Joshi since then. The move had come amid Congress leadership’s apparent bid to replace Ashok Gehlot with his rival Sachin Pilot as the Rajasthan chief minister as they wanted the former to take the reins as the Congress president.

However, Gehlot did not participate in the election for the Congress president following the unrest allegedly engineered by his camp.

On 2 October, the Congress veteran attacked his former deputy and the then-party state in-charge Ajay Maken, without taking their names. Moreover, he also backed the actions of his loyalists.

On 17 October, the Rajasthan chief minister, without naming Pilot, had said that the youth should have patience and wait for their turn as there was no alternative to experience, reports Indian Express.

“AICC general secretary (organisation) KC Venugopal has asked not to give statements. We, too, want all leaders to maintain discipline,” the Rajasthan chief minister told reporters during his Alwar visit.

He also said the Congress should focus on retaining the government in Rajasthan.