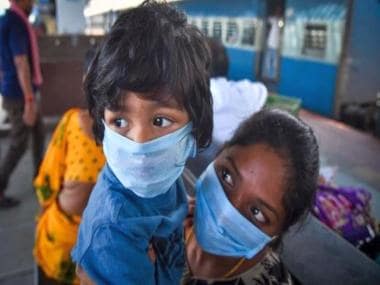 Even as the world grapples with coronavirus and monkeypox infections, India also now has to contend with Hand Foot and Mouth Disease (HFMD), commonly known as tomato flu. The disease which was first detected in children in Kerala in May has now spread to the neighbouring states of Tamil Nadu and Odisha.

According to an article in the Lancet Respiratory Medicine, 82 children aged under five have been diagnosed with the virus in Kerala as of 26 July.

The Lancet article said, “The rare viral infection is in an endemic state and is considered non-life threatening; however, because of the dreadful experience of the COVID-19 pandemic, vigilant management is desirable to prevent further outbreaks.”

The Centre too has taken note of the situation and has issued an advisory to states to prevent the disease from further spreading as well as steps to take for treatment.

Should India be worried about this new disease? Will it spread like COVID-19 across the country? What steps can we take to keep ourselves safe from the disease? We answer these questions and much more.

What is tomato flu?

According to the Lancet report, Tomato Flu is a non-life threatening but “highly-infectious disease”. Experts believe the virus could be a new variant of the Hand Foot Mouth Disease (HFMD), a common infectious disease that targets children under the age of five and immunocompromised adults.

Tomato Flu or tomato fever is characterised by fever, joint pain and red tomato-like blisters usually seen on children below the age of five.

Those who suffer from the disease also normally complain of symptoms such as diarrhea, dehydration, nausea and vomiting along with fatigue. In some cases, it may also change the colour of the legs and the hands of the person afflicted with the disease.

Initially, medical experts believed tomato flu to be an after-effect of dengue and chikungunya, but now believe that it is HFMD caused by enteroviruses such as Coxsackievirus A-6 and A-16.

Where has it been found?

Tomato flu was first identified in Kerala’s Kollam district on 6 May. As per the Lancet study, the virus, which shows symptoms similar to those of COVID, isn’t related to the fast-spreading virus at all.

Since then, the country has reported 82 cases. In Kerala, the virus has been detected in children in the areas of Anchal, Aryankavu and Neduvathur.

Apart from Kerala, 26 children below the age of nine have been confirmed to have contracted the virus in Odisha, and are being treated at the Regional Medical Research Centre in Bhubaneshwar.

Moreover, children in Tamil Nadu and Haryana too have been reported with tomato flu.

Is the virus spreading faster now?

No. Dr Ekta Gupta, professor of virology at the Institute of Liver and Biliary Sciences was quoted as telling the Indian Express, “HFMD is not a new infection, we have read about it in our textbooks and it has been reported from time to time across the country. But, it is not very common.”

She said that the attention on the infection is more this year because there is more vigilance among the public owing to the COVID-19 pandemic. She further explained that since the disease is self-limiting (those that resolve spontaneously, with or without specific treatment), doctors usually didn’t test for it in the past.

“There are so many viral infections in children but we cannot test for each and every one of it. However, we are now seeing more and more viral infections because testing for viral infections has increased over the last five years with virology labs being set up across the country. And the pandemic has given a further push to such surveillance,” she was quoted as saying.

How does it spread?
The virus, which causes painful blisters, is highly contagious and children are particularly vulnerable because it spreads easily through close contact, such as via nappies, touching unclean surfaces or putting things in mouths.

If infected by tomato flu, patients should isolate and rest and stay hydrated. Furthermore, for symptoms such as fever and body ache can be treated with paracetamol.

How has the Centre reacted?

The Centre on Tuesday issued an advisory to states asking them to focus on preventions. The advisory has said that anyone suspected to have the infection should remain in isolation for five to seven days after the onset of the symptoms.

Also, children must be educated about the disease and asked not to hug or touch other children with fever or rashes. Children should be encouraged to maintain hygiene, stop thumb or finger sucking and use a handkerchief in case of a cold.

If children develop symptoms, they should be isolated, their utensils and clothing along with their bedding must be regularly sanitised and they must be kept hydrated. If a child has blisters, those should be cleaned with warm water.
The Centre has said that throat or nasopharyngeal samples along with faecal samples should be collected within 48 hours of the illness being detected.