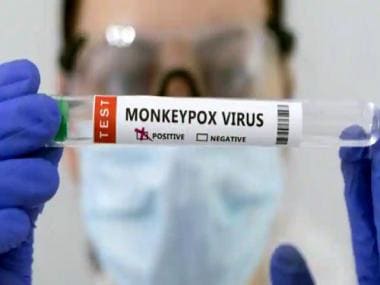 Monkeypox is spreading across the world at a rapid pace; the World Health Organization (WHO) has already reported over 18,000 cases across 78 countries since the beginning of this year.

The situation prompted the world health agency to declare it a global health emergency on Saturday.

Fearing a more severe outbreak, the WHO on Wednesday issued a fresh advisory, recommending that gay and bisexual men limit their number of sexual partners to protect themselves from monkeypox and help slow transmission of the rapidly spreading virus.

WHO Director-General Tedros Adhanom Ghebreyesus called for those at risk to take steps to protect themselves.

“That means making safe choices for yourself and others, for men who have sex with men,” Tedros said. “This includes, for the moment, reducing your number of sexual partners.”

The #monkeypox outbreak can be stopped if countries, communities and individuals inform themselves, take the risks seriously, and take the steps needed to stop transmission and protect vulnerable groups.pic.twitter.com/7CumPFyPhc

He also said that one should exchange contact details with any new partners to enable follow-up if needed.

We examine the reasoning behind WHO’s new advisory.

The WHO’s monkeypox expert, Rosamund Lewis, said men who have sex with men are the group at the highest risk of infection right now.

She said that data revealed that about 98 per cent of cases across the world are being found in men and at least 95 per cent of those patients are those who have sex with men.

Other experts agreed with the data, but clarified that the virus is not a sexually transmitted infection. It’s mostly caught through close physical skin-to-skin contact, which is why it can be spread to sexual partners.

Mateo Prochazka, an epidemiologist from the UK Health Security Agency (UKHSA), told BBC: “The infections are not about sexuality. We are concerned about monkeypox in general, as a public threat. We are worried about everyone’s health.”

He added, “It just happens that the infection appears to have been introduced in networks of gay and bisexual men and other men who have sex with men. And this is where we’re seeing most of the cases.”

A study published in the New England Journal of Medicine last week also said that the global monkeypox outbreak is primarily being driven by sex between men.

Jennifer Nuzzo, an epidemiologist at Brown University, of the new study, said, “Data points clearly to the fact that infections are so far almost exclusively occurring among men who have sex with me.”

Dr Hugh Adler, who treats monkeypox patients in the UK, said monkeypox was being transmitted during sex and that sexual networks and anonymous sex with untraceable partners were facilitating its spread.

“It’s just as likely that monkeypox was always capable of transmitting and presenting like this, but it hadn’t been formally reported or so widespread before,” he said.

Explained: Why WHO has decided to change the name of monkeypox virus

Explained: How fast does monkeypox spread and should India worry?

As monkeypox spreads through countries, confusion still lingers on the spread of the disease. Many are mistakenly believing that sex is the only way that the virus spreads.

Medical experts state that the virus typically triggers a rash with lesions that can be extremely painful, pushing some to even get hospitalised.

As per the US Centers for Disease Control and Prevention (CDC), the rash often starts on the face and spreads to other parts of the body and some people will also experience a fever.

The virus transmits primarily though close, skin-on-skin physical contact, but it can also spread when you touch objects like sheets or towels that may have been used by somebody with monkeypox, as well as through close face-to-face interactions like kissing.

‘Anyone can get monkeypox’

Despite the cases being predominantly being seen among gay men, experts have warned that anyone could contract the disease.

“Anyone exposed can get monkeypox,” Tedros said, urging countries to “take action” to reduce the risk of transmission to other vulnerable groups, including children, pregnant women and those who are immunosuppressed.

The WHO has repeatedly warned against stigma around the disease, which could dissuade those infected from seeking treatment.

“Stigma and discrimination can be as dangerous as any virus, and can fuel the outbreak,” Tedros said.

How to protect yourself?

With cases rising, the WHO has issued several measures one can adopt in an attempt to curb the transmission of the virus.

Moreover, do not handle or touch the bedding, towels, or clothing of a person with monkeypox. Good hand hygiene and maintaining social distancing in crowded places are also other measures that people shold adopt.

Also, asymptomatic contacts and patients of monkeypox should not donate blood, cells, tissues, organs, or semen while under surveillance.